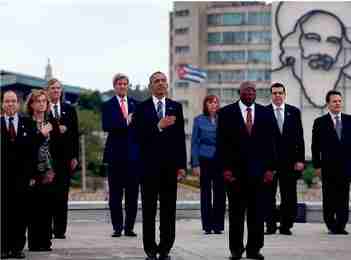 Speaking after a meeting with U.S. officials in Havana, Director General of U.S. Affairs Josefina Vidal said President Raul Castro had evaluated his meeting with Obama as producing “positive results.”

Her portrayal contrasted with more negative characterizations of the visit, including those of former President Fidel Castro and Foreign Minister Bruno Rodriguez, who has described Obama’s trip as an “attack” on Cuba’s traditions and values.

Vidal said she and U.S. diplomats had agreed upon an agenda for Obama’s remaining months in office that would include visits by high level U.S. agriculture, health and security officials.