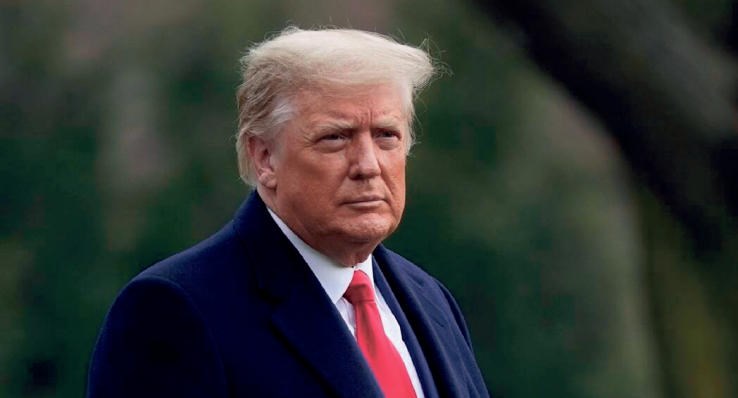 WASHINGTON (AP) – Shelving his objections, President Donald Trump has signed a $2 trillion-plus COVID-19 and annual federal spending package providing relief for millions of Americans, even as Congress returns to confront the White House on remaining priorities in a rare end-of-session showdown.

Trump appears to have accomplished little, if anything, from the days of drama over his refusal to accept the sweeping bipartisan deal. While the president’s demands for larger $2,000 pandemic relief checks seem destined to fail, his push served up a political opportunity for Democrats, who support the larger stipends and are forcing Trump’s Republican allies into a tough spot.

On Monday, the Democratic-led House is set to vote to boost the $600 payments to $2,000, sending a new bill to the Senate. There, Republicans have the majority but reject more spending and are likely to defeat the effort.

The showdown offers more symbol than substance, and it’s not expected to alter the massive package that

Trump reluctantly signed into law late Sunday after golﬁng at his Florida club. The $900 billion in COVID aid and $1.4 trillion to fund government agencies will deliver long-sought cash to businesses and individuals and avert a federal government shutdown that otherwise would have started Tuesday.

Together with votes Monday and Tuesday to override Trump’s veto of a sweeping defense bill, the action is perhaps the last standoff of the president’s ﬁnal days in ofﬁce as he imposes fresh demands and disputes the results of the presidential election. The new Congress is set to be sworn in Sunday.

House Speaker Nancy Pelosi, DCalif., seized on the divide between the president and his party, urging Trump to put pressure on his Senate GOP allies to pass the bill.

“The President must immediately call on Congressional Republicans to end their obstruction and to join him and Democrats in support of our standalone legislation to increase direct payment checks to $2,000,” Pelosi said in a tweet.