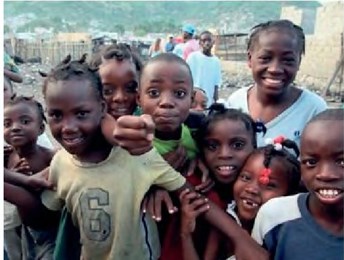 MIAMI – The Trump administration’s Department of Human Services announced its intention to end the Haitian Family Reunification Program (HFRP), which it began strangling when he took office in January 2017.

Trump’s intentions became clear when he coined the phrase “shithole countries,” said Haitians “all have AIDS,” asked bipartisan senators “why would we want any more Haitians?” saying he prefers “Norwegians,” ending Haiti’s TPS program. This is ample evidence of his anti-Haitian actions and animus.

Bi-partisan supporters urged speeding up legal immigration from Haiti as a way to help Haiti recover after 2010’s quake, which killed at least 250,000 and devastated the nation. Although not created until March 2015 and too-limited in scope, about 8,300 beneficiaries (each waited about ten years in Haiti!) of DHS-approved visa petitions have joined their families under the program.

HFRP operated by invitation only to qualifying petitioners (as beneficiaries who’d been waiting in Haiti for years finally came within 42 months of getting visas), but Trump’s DHS intentionally never issued any invitations, effectively strangling the program.

Former American Immigration Lawyers Association President Ira Kurzban, long a champion of equal treatment for Haitians, said, “The decision of the Trump White House to end this program is simply one more racist act against Haitians that began with his calling Haiti a “shithole” country and then cutting all benefits to Haitians including TPS, the H-2A, and H-2B programs.”

Steve Forester, immigration policy coordinator for the Institute for Justice & Democracy in Haiti (IJDH), one of the program’s champions said, “Just like ending Haiti TPS, this again demonstrates Trump’s racism and disregard for the rule of law; it hurts the United States by impeding Haiti’s recovery from the quake, 2016’s Hurricane Matthew, the ongoing imported cholera epidemic, and it again shows Trump lied when he told Haitian-Americans he cared about the hundreds of thousands who died in the earthquake.”

“Terminating yet another legal and badly needed program clearly shows that the Trump administration’s real intent is to stop the flow of black and brown immigrants coming into this country, period,” said Marleine Bastien, Family Action Network Movement Executive Director. Why else would he stop a bona fide, legal program when Haiti is going through such a high level of instability, human rights violations, and violence? The ending of the HFRP, continuous ICE raids, and targeting legal immigrants who use welfare benefits show that President Trump’s real issue is not about legal or illegal immigration; it is about preventing Blacks and Browns from coming or remaining in the United States.”