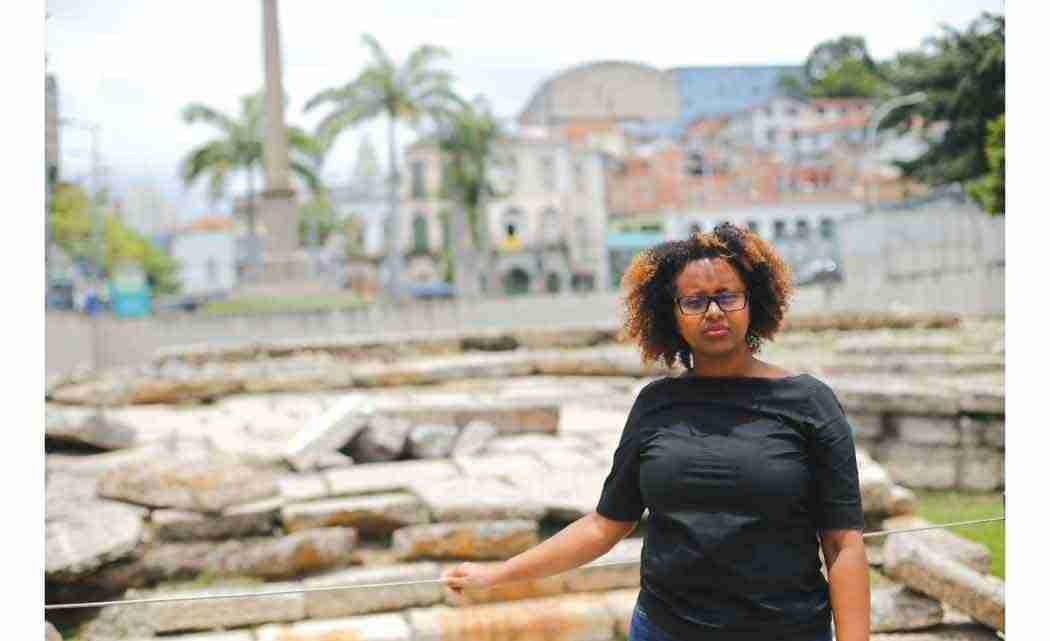 
RIO DE JANEIRO — The first few times American landscape architect Sara Zewde visited Rio de Janeiro’s Valongo Wharf, she struggled to comprehend the recently unearthed remnants of what was once among the biggest slave port in the world.

Excavated starting in 2011, the site is largely inscrutable, even to the trained eye: The spot where more than a half million enslaved African men and women debarked after harrowing journeys across the Atlantic is an open archaeological pit containing a jumble of paving stones.

A few paragraphs-long cardboard signs are the sole indication of the historical significance of the site, which experts hail as one-of-a-kind in the Americas.

The unearthing of Valongo, which was excavated as part of a multibillion-dollar project aimed at bringing big business to Rio’s long derelict port neighborhood, has sparked heated discussions about how black heritage sites are handled in Brazil. While the developers of the “Porto Maravilha” (“Marvelous Port”) project insist they’ve done more than enough by excavating the site, black activists say more is needed to give the space its due.

“The fact is that in Brazil sites dealing with African heritage are just less important,” said Elisa Larkin Nascimento, who heads Rio’s Ipeafro Afro-Brazilian Studies and Research Institute. “It’s a very neat statement of Brazilian racism. They are not interested in the history of Africans in Brazil.”

Brazilians have long been loath to grapple with the shadow of slavery in a country that took nearly half of the more than 10.5 million Africans shipped to the Americas, compared with roughly 645,000 taken to the United States. Slavery was only outlawed here in 1888 – more than two decades later than in the U.S.

Slavery’s legacy still casts a pall over Brazil, with its dark-skinned majority at the bottom of the economic and social pyramid, yet many Brazilians view their country as free from prejudice and institutionalized racism. There has yet to be a civil rights movement, and discussions about slavery only began to creep into public discourse in recent years.

Built in 1811 on what was then the outskirts of town to replace a more central slave port, Valongo was literally buried – first beneath the paving stones of the stately wharf reconstructed to receive the bride of Brazil’s Portuguese emperor in 1843 and then over the following century and a half beneath layer after layer of pavement.

“The decision to bury it was deliberate,” Fajardo said. “I believe it was a strategy to erase the memory of the practice of slavery.”

Although historians and others knew Valongo’s location, even after landfill at the turn of the century pushed the sea back several hundred feet and left the former wharf buried far inland, it wasn’t until the $2 billion Porto Maravilha renovation project began five years ago that a remarkably well-preserved section of the site was revealed.

Zewde was in Rio working on transportation-related projects in between earning master’s degrees at MIT and Harvard and was bowled over by the discovery of the site.

“There are not a lot of physical markers of slavery anywhere in the world,” said Zewde, whose parents moved to the U.S. from the Horn of Africa nation of Ethiopia in the early 1970s. Without the physical artifacts of slavery, “it’s like it almost never happened, like a myth,” she said.

She ended up collaborating with Fajardo to develop design proposals for Valongo.

Zewde’s vision includes a promenade around the old wharf, embellished with fluid shapes that echo the “rodas,” or circles, where people engage in the traditionally black Brazilian martial art of capoeira and samba music, which was born in the port district. African plants, such as the baobab tree, would evoke the space’s African soul and a concrete “ribbon” inscribed with historical details would guide visitors.

But while her proposal has the support of Fajardo’s office, the city agency managing the Porto Maravilha development says there are no immediate plans to incorporate the bulk of Zewde’s design.

“The city bent over backward” to bring Valongo into public view, Silva said. He pointed to now daily tours of the wharf and other nearby black heritage sites, including the spot where the bodies of slaves who died during the sea voyage from Africa were dumped.

“Until a few years ago, the wharf was buried. … Until a short time ago, these places weren’t recognized or valued even by those who are complaining now,” Silva said.

Fajardo agreed that much progress has been made in acknowledging the port area’s African roots, saying the debate over Valongo has helped catapult Brazil into the vanguard in the still-nascent field of black urbanism. He said next year’s Olympics, which were the impetus for the port project, won’t mean the end of the zone’s evolution and he hopes Zewde’s project can be more fully implemented later.

For Zewde, the importance of Valongo transcends Brazil.

Next post Officer tried put woman in car after collapse