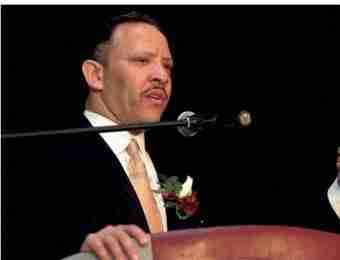 HARI SREENIVASAN: But, first, the National Urban League has released the 40th edition of its annual State of Black America Report.

It’s designed to provide a snapshot of where African-Americans are relative to whites.

According to the most recent report’s calculations, across multiple facets of life, African Americans experience equality at a rate of 72 percent, compared to white Americans, who score 100 percent.

Here to explain is Marc Morial, president and CEO of the National Urban League. So, let’s start with that 72 percent number. How do you get there? What does that mean?

These are collective numbers. We also do the same comparison for Latinos. Latinos are at about 77 percent, whites being, of course, 100 percent. So, it’s designed to make our discussion about persistent racial inequality precise, based on numbers, based on facts, and based on clarity.

So, we report this information every year. This is the 40th year that we have done it. And we not only report the information, Hari, but we also propose solutions.

HARI SREENIVASAN: One of the indicators or one of the factors is income inequality, the gap there. One of the largest income disparities that you point out, at least between black and white families, is in the Minneapolis metro area.

MARC MORIAL: This happens because the better-paying jobs, the higher-level jobs go to whites, and African Americans are stuck in lower-paying jobs on an overall basis.

And we see this glaring disparity in places like Minneapolis. It’s also present in places like San Francisco, where there is a tremendous amount of success, a highly educated work force. African Americans are far, far behind.

I hope that what this means is that, in a city like Minneapolis or a city like San Francisco, they won’t sweep these numbers under the rug, they won’t pretend that they don’t exist, and they will recognize and see it as a challenge for the civic, business and political leadership of those communities to try to address these disparities. These disparities exist in virtually every major American metropolitan area. It is just a question of to what degree.

HARI SREENIVASAN: One of the interesting things that you mentioned earlier today was that there was actually an era in the United States where African Americans were considered three-fifths of a person, right? And here you have this snapshot of how African Americans are doing over the last 40 years.

And looking back across this, at income inequality, I’m struck by the fact that, in 1976, the average black family nationwide earned 59 percent of what a white family did. Now, 40 years later, it hasn’t gotten much better, 60 percent.

What’s behind the stagnation?

MARC MORIAL: Notwithstanding the political progress, the progress that’s been made in terms of high school graduation rates, number of African Americans who have attained college and great individualized success, this is a persistent, structural, locked-in economic situation.

And I believe, Hari, that we highlight it be- cause it defines the pressing challenge of the American future. For Latinos — and Latinos and African-Americans are almost a third of the population in this country — Latinos don’t fare much better than African Americans.

This is an important challenge for America’s political business and civic leaders, to figure out, to concentrate on how to end these persistent economic inequities in the United States.

HARI SREENIVASAN: There is a little bit of an upside in some of these numbers. Higher educational achievement, that’s an movement. Forty years ago, 6.6 percent of black people had a bachelor’s degree or more. That’s 43 percent of the number of whites with those degrees. But, today, that percentage is up to 63 percent. So, what led to the increase? And how is it affecting the black community?

MARC MORIAL: So, I think those increases were a result of policies that began in the 1960s and the 1970s, the Pell Grant program, affirmative action, and higher education admissions, the desegregation of schools, and the focus on educational — and improving educational standards.

Much of what we have done in the educational arena, where there’s been a focus on civil rights and economic injustice, if you will, has begun to make a difference. We see it indeed in the numbers. But it has not — I repeat — has not significantly translated to the economic arena.

And this is why the Main Street Marshall Plan, which reflects our plan to address this, suggests a commitment of a trillion dollars over five years to begin to address some of these deep inequities, is our effort to say, let’s not get bogged down in just an analysis and a diagnosis of the problem.

Let’s also focus and figure on how to change it. Now, this is what we also saw in the numbers. From 1963 to 1976, that 13-year period during the years in the war on poverty and at the height of the post-civil rights era, we actually made tremendous change in America.

The fact of the matter is, the disparities exist. It presents the challenge for this nation for our 21st century.

HARI SREENIVASAN: All right. You can go online to read the Main Street, new Marshall Plan, so to speak.

Thank you very much more joining us, Marc Morial.

MARC MORIAL: Thanks, Hari. Appreciate it.