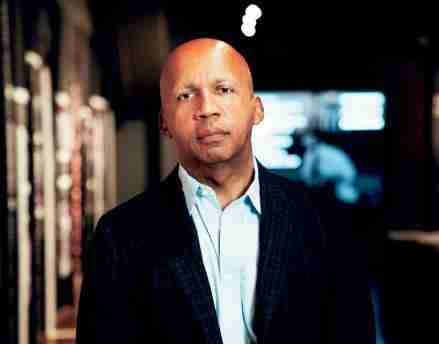 BIRMINGHAM, Ala. (AP) — An Alabama human rights attorney whose work ﬁghting racial injustice was depicted in the Hollywood movie “Just Mercy” was among four activists awarded a global honor sometimes referred to as the “alternative Nobel” on Thursday.

Bryan Stevenson, who founded the Equal Justice Initiative in 1989 while working to free wrongly convicted people from prison and was the driving force behind a national memorial to the victims of lynching, was named a recipient of annual Right Livelihood Award.

The Swedish Right Livelihood Foundation cited Stevenson for “his inspiring endeavor to reform the U.S. criminal justice system and advance racial reconciliation in the face of historic trauma.”

“His compassion has shown that each human being is worth ﬁghting for,” the foundation said in honoring Stevenson and the other recipients. Stevenson, in a video released by the foundation, called the award a “great honor.”

“And it comes at a moment when there’s a lot of uncertainty and a lot of anxiety about our efforts to achieve justice in America,” he said.

Stevenson’s work was the subject of the 2019 movie starring Michael B. Jordan and Jamie Foxx, based on Stevenson bestselling book “Just Mercy.”

The ﬁlm tells the story of Stevenson’s successful work to win the freedom of a Black man wrongly convicted of murder, Walter McMillan, from Alabama’s death row in 1993. In all, Stevenson and his staff have won freedom or other relief for more than 135 people on death row, according to Equal Justice Initiative.

The movie was released for free viewing on digital platforms in June as the nation grappled with the fallout from the police killing of George Floyd by police in Minnesota.

Stevenson, 61, also has argued and won cases before the U.S. Supreme Court, including a decision that banned mandatory life-without-parole sentences for children 16 years old or younger.

A native of Delaware, Stevenson graduated from Harvard University’s law school and moved to the South, where he began representing poor, mostly Black people in a system historically stacked against minorities.

Aside from his work in the courtroom, Stevenson has spearheaded a drive to document and acknowledge America’s history of racial injustice. The work resulted in the construction in Montgomery of the National Memorial for Peace and Justice, which opened in 2018 and honors more than 4,000 victims of racist lynchings in the United States.

The Right Livelihood Awards were created in 1980 to recognize work that the founder, Swedish-German philanthropist Jakob von Uexküll, felt was being overlooked by the Nobel Foundation’s better-known prizes.