US Muslims toil over how they condemn terrorism 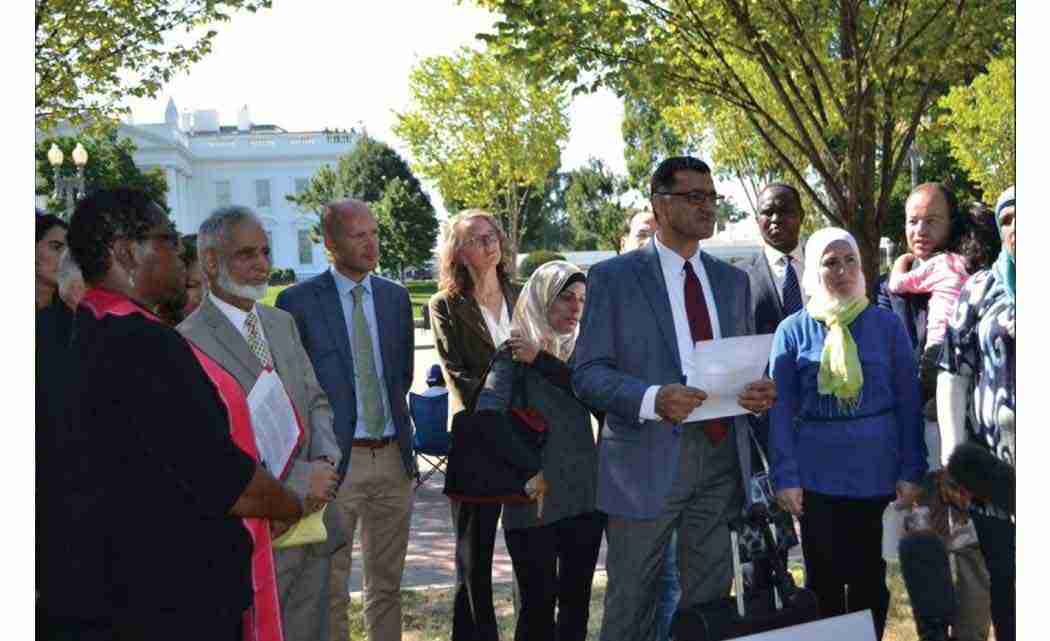 NEW YORK — By now, the tableau has become tragically familiar: American Muslims standing before a bank of cameras, condemning an attack linked to Muslim terrorism.

After the San Bernardino, California, rampage, the local chapter of the Council on American-Islamic Relations didn’t even wait for law enforcement to announce a motive. Just hours after the husband-and-wife shooters were identified as Muslim on Wednesday, the civil rights group held a news conference with the perpetrators’ brother-in-law, Farhan Khan.

And so we had a stunned, slightly disheveled Muslim man, surrounded by Muslim leaders, saying his family had no hint of the plot. “I love this country,” Khan said.

“Perception is reality,” said Salam Al-Marayati, president of the Muslim Public Affairs Council, a policy and advocacy group based in Los Angeles. “There was enough information out there at that time that people believed it was (extremism) and that has an impact on Muslim communities. You have to be proactive.”

But some in the Muslim community say a new game plan is needed. A younger generation is especially impatient with the condemnations of Islamic extremism from Muslim groups after every attack. They argue that the statements merely reinforce false notions that Muslims are collectively responsible for the violence.

“America is ready for a more sophisticated conversation when it comes to these things,” said Shahed Amanullah, a former U.S. State Department adviser and co-founder of Affinis Labs, which helps develop apps to counter the appeal of Muslim extremism and build online communities for young Muslims. “You can’t press release your way out of this.”

The public pleas that all Muslims should not be blamed for attacks in the name of Islam grew in the aftermath of the 2001 strikes on the World Trade Center and the Pentagon.

The attacks occurred at an especially vulnerable moment for the U.S. Muslim community, which was more inwardly focused at the time and not nearly as accepted in American culture as Christianity and Judaism. The few American Muslim groups with any public profile issued a flurry of press releases condemning the attacks and calling Islam a peaceful religion, encouraged mosques to hold open houses, organized interfaith events and held Islam 101 sessions for law enforcement officials and community leaders.

Muslim groups largely kept to script after extremist attacks in places such as London in 2005, Fort Hood, Texas, in 2009, Boston in 2013 and, most recently, last month in Paris.

But many Americans continued to blame Islam itself for extremism. A Pew Research Center survey last year found an increasing share of Americans believe Islam is more likely than other religions to encourage violence among its followers. A growing number of U.S. Muslims resented suggestions that they had a special obligation to condemn attacks -no other religious group, they argued, is expected to issue such statements after self-professed followers of their faiths commit a crime.

At a Georgetown University event last month on anti-Muslim bias, speaker Linda Sarsour said she struggled with Muslims who take part in such news conferences.

“It reinforces the fallacy that I have something in common with” the Islamic State group, said Sarsour, a prominent Muslim leader from New York. She said she condemns terrorism not as a Muslim, but “as a human” who is outraged and saddened by violence. The audience applauded.

Ibrahim Hooper, spokesman for the national Council on American-Islamic Relations, the civil rights group that is the primary force behind the condemnations and news conferences, said he is well aware of the criticism. He said every time his organization posts a statement on Facebook condemning Islamic extremists, commenters complain: “We shouldn’t have to do this. You’re feeding into a false linkage of Islam to terrorism.”

At the same time, Hooper said, “I’m getting hate calls all day long saying, ‘Sure you condemn terrorism, but we don’t believe you.’”

Since the Paris attacks, and after the California assault, U.S. Muslim leaders have been reporting a fresh outburst of threats and vandalism at mosques.

“To remain silent – I don’t think that’s a viable alternative, especially when the New York Post front page screams `Muslim Killers,’” as it did after the San Bernardino shootings, Hooper said.

But Amanullah said in the wake of such attacks, Muslim groups should not be preoccupied with protecting Muslims from a backlash. They should instead join the broader discussion, emphasizing shared concerns about preventing violence, while also doing something to help, he said.

Next post New WPB trolley service gets off to good start