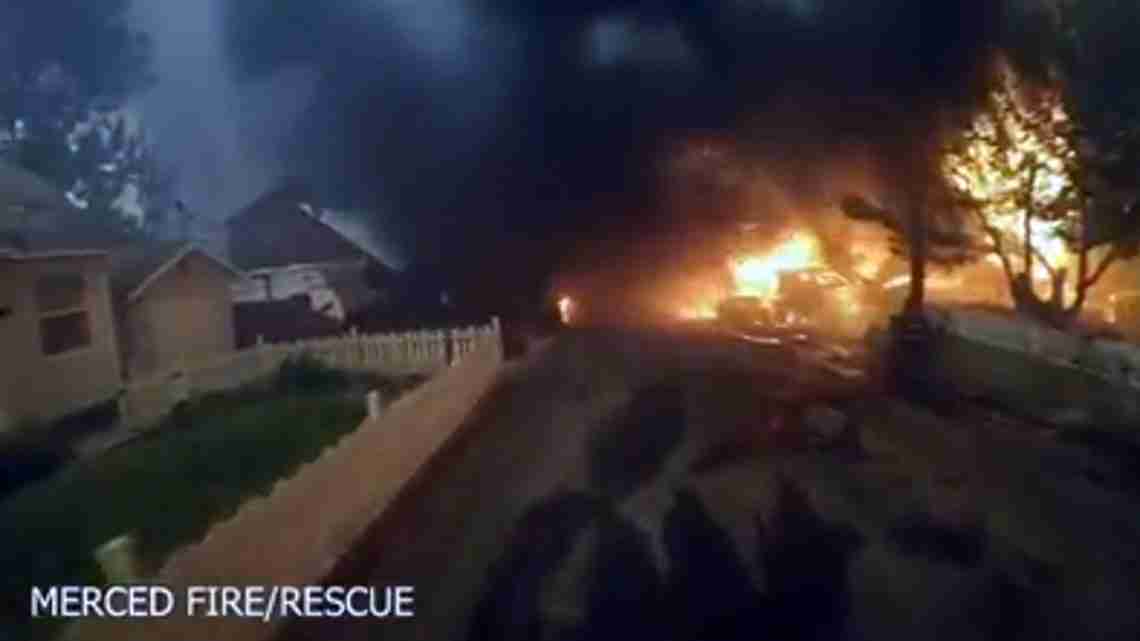 A blaze that threatened to expand rapidly was quickly contained after destroying 30 acres in northern California.

Firefighters responded to a report that a fire had broken out near Irvine Drive and Harrington Road around 6 p.m. When they arrived, they found flames spreading at a moderate rate.

With help from the California Department of Forestry and Fire Protection and the Contra Costa County Fire Protection District, authorities deployed air resources, including a helicopter equipped with a water barrel, and targeted the fire as it spread across the area.

The blaze was contained within a few hours and did not cause any significant damage to nearby structures. No evacuations were needed. Officials said the fire could have threatened both Moraga and the town of Danville if it continued spreading unchecked in unfavorable weather. Its cause wasn’t immediately known.

The quick end to this particular fire was welcome occurrence in the state, which has been ravaged by more than 84,000 wildfires that have destroyed more than 4 million acres of land and 9,200 structures since the start of the year. Firefighters responded to and contained 35 new wildfires on Sunday, and more than 12,000 of them are currently working to contain 14 other major wildfires across the state. Six additional large fires are still being targeted with suppression strategies but have seen no significant growth.

The August Complex Fire is currently the largest active fire in the state. Since starting on Aug. 16, it has burned over 1 million acres and is 75% contained.

California is expected to continue experiencing warm and dry weather in the coming week, with little to no rainfall. The weather, along with a potential wind event in the northern region of the state, could provide favorable conditions for the fires to spread.

Previous post Where Can a Dolphin Ride Out a Storm? In the Hotel Pool