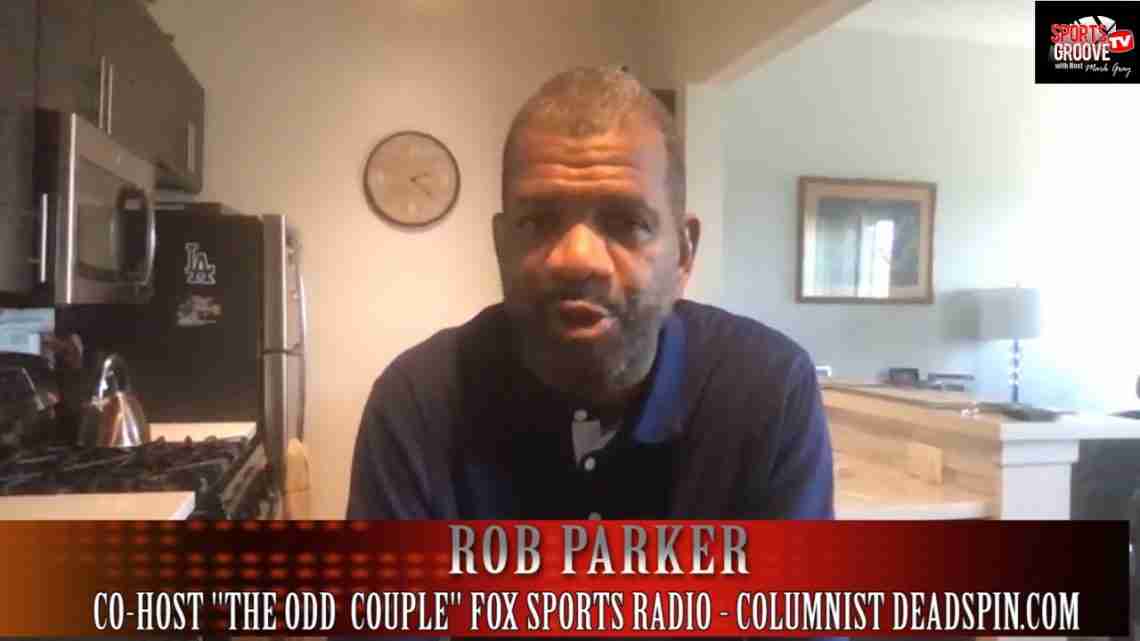 Rob Parker, a Fox Sports Radio broadcaster and contributor to the sports news website Deadspin, isn’t convinced that the Los Angeles Dodgers are favorites in the National League.

The Dodgers finished the regular season with Major League Baseball‘s best record. But Parker, now half of the popular “The Odd Couple” with former National Basketball Association insider Chris Broussard, pointed to their recent playoff failures.

The start of college football season is a “money grab,” says Parker, by conferences like the Pac-12, that are worried more about financing their athletic programs than the well-being of unpaid student athletes.

A Hall of Fame baseball voter who was also an NBA beat reporter, Parker had no problem with the Los Angeles Clippers firing former coach Glenn “Doc” Rivers after the team blew a 3-1 series lead to the Denver Nuggets. Many experts had projected the Clippers would win the western conference and face the Los Angeles Lakers in the NBA finals.

Parker talked baseball playoffs, the NBA and the start of the Pac-12 college football season with Mark Gray.