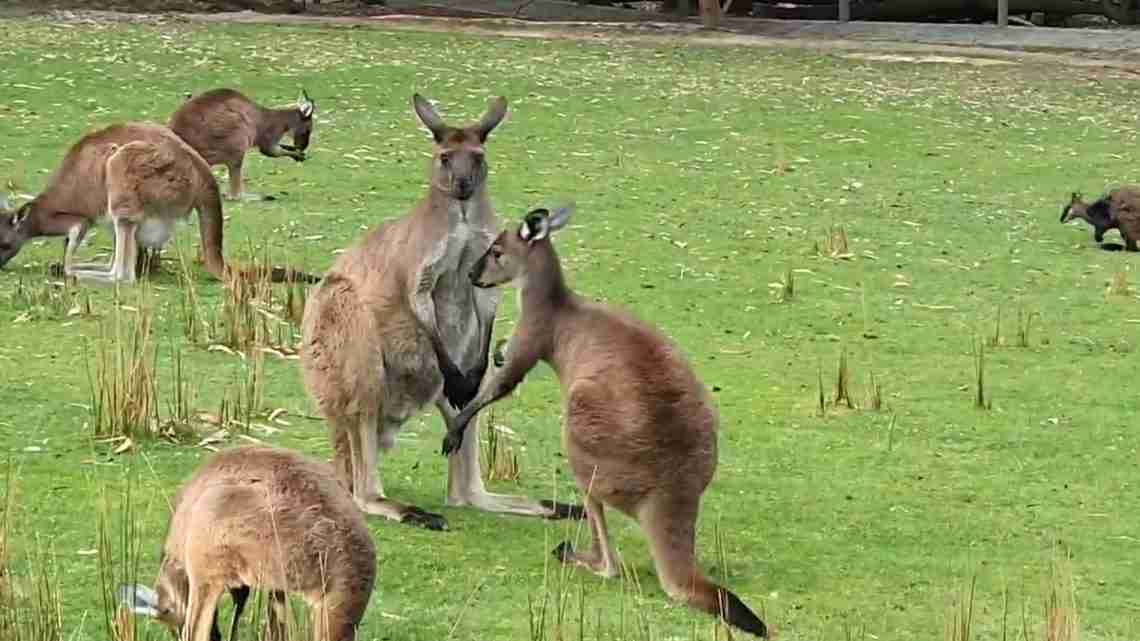 Boys will be boys, even if they’re kangaroos. Two teenage ‘roos — rescued orphans and residents of a wildlife park in Australia — duked it out, though not seriously.

The punch-up took place earlier this month at Warrawong Wildlife Sanctuary. One of the combatants is seen patiently waiting for his opponent to scratch his arm before both let fly a series of punches and kicks.

“Their mother was hit by a car, and they were hand-raised as joeys,” MacPherson said. As for their fisticuffs: “They were just play-fighting; it’s normal behavior, just like teenagers having a pillow fight.”

Though the specific weigh-in stats for this fight aren’t available, in general, such kangaroos can be up to 7 feet tall (about 2 meters) and weigh up to 120 pounds (about 55 kilograms), according to Animal Diversity Web.

The species is not currently facing any major external threats to its population, according to the International Union for Conservation of Nature’s Red List of Threatened Species.