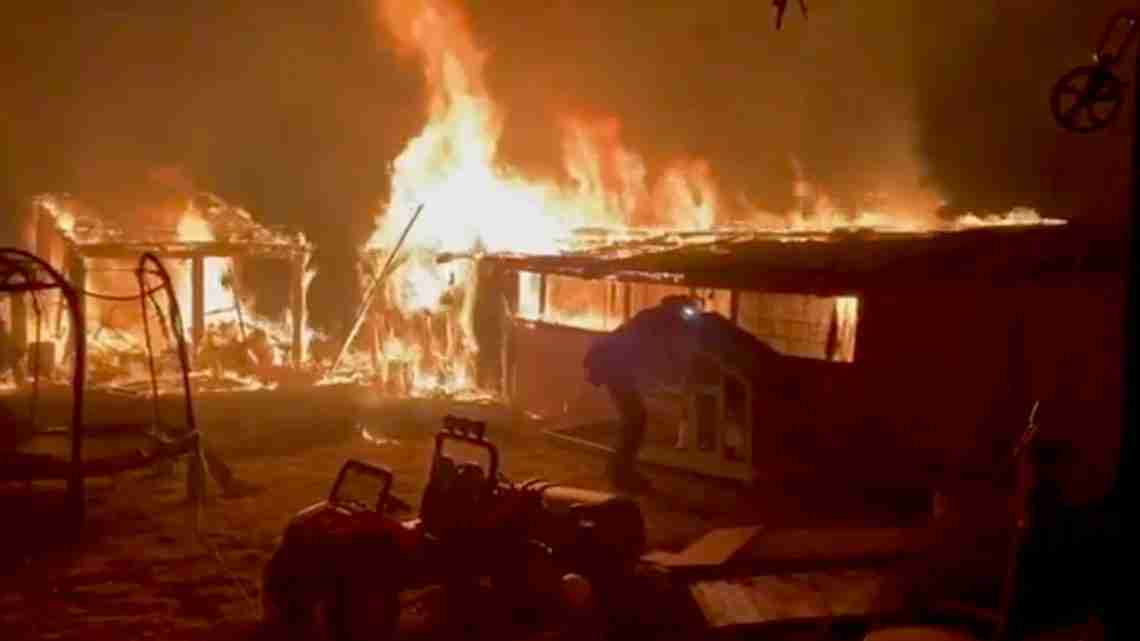 California is engulfed by fire on various fronts.

U.S. firefighters battled a huge blaze at a pallet yard in Southern California, where the flames threatened nearby parked trucks and containers.

“As firefighters arrived they found a large lot well involved with fire immediately threatening several storage containers and semi trucks,” a fire brigade spokesperson said. “Initial suppression efforts were complicated by active power lines that had burned through, as well as insufficient water supply in the water system.

“Firefighters gained the upper hand once aerial master streams were put into service. Crews remained committed through the night for overhaul operations,” the spokesperson said.

Several containers appear to be warping from the heat as the flames are slowly extinguished.

However, the pallet yard fire was a modest challenge compared to the huge wildfires that have ravaged California.

Currently, more than 15,000 firefighters work around the clock to contain 22 major wildfires across the state, Cal Fire said in a status update on Oct. 8: “Yesterday, firefighters also responded to 23 new wildfires, quickly bringing full containment to all.”

Since the beginning of the year, there have been more than 8,400 wildfires that have burned well over 4 million acres, killed 31 people and destroyed 9,200 structures in California alone, the state fire information service said.