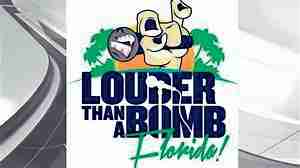 The most critical component, however, is the year-round, meaningful instruction inside the classroom and after-school clubs, with teachers and teaching artists who create and facilitate a safe space for individual and collective expression.

This year, as a result of the COVID-19 outbreak, the ﬁeld of teams was reduced from a record 48 registered schools to the 32 that were represented in LTABFLA’s ﬁrst-ever virtual competition. Students submitted self-made videos of their poems that were played online for live judges with a live host, all in a digital environment that was streamed for participants, their teachers, and families to see.

The team from Cypress Bay is led by Ms. Shawntee’ Herring, an English and Creative Writing teacher at the Weston based high school.

LTABFLA is a team competition, however individual performances are also recognized, with the top 12 scoring poets of the entire festival advancing to the “Indy Finals.”

The Jason Taylor Foundation has announced that Anna Bayuk has earned the honor of being named South Florida Youth Poet Laureate (SFYPL) for the 2020-21 school year.

Anna, a senior at Marjory Stoneman Douglas High School, will have her chapbook of original poems, Venus of the Swamp, released during a celebratory event at the Ultimate studioblu in Weston later this year, and will participate in a number of philanthropic and performance opportunities.

An esteemed panel of educators, authors, poets and community professionals meticulously read through the largest submission pool since the inception of the South Florida Youth Poet Laureate program that included a portfolio of poetry and each student’s résumé.

For the second consecutive year, the foundation held its “blu is for Apples” poetry contest in partnership with Hoffman’s Chocolates. This year, Tia Ebanks, a ﬁfth grader at Walker Elementary School in Fort Lauderdale, was selected as the overall winner from more than 450 submissions.

Students were required to write a poem inspired by the prompt: The apple doesn’t fall far from the tree; what kind of tree do I come from?