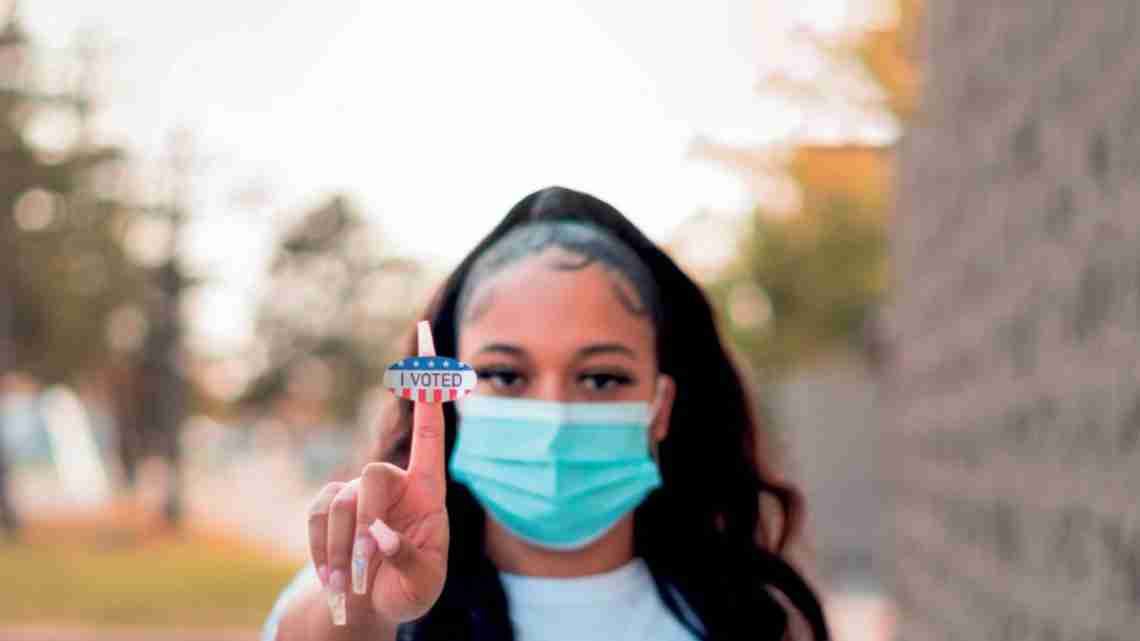 President Donald J. Trump is relentless in his quest to prevent Joseph R. Biden from becoming the 46th president of the United States on Jan. 20, 2021. For almost two years, Trump and his minions dived into murky, snakeﬁlled swamps to ﬁnd copious amounts of mud to smear on opponent former Vice President Biden. The task to ruin Biden, the strongest threat to his reelection chances, became even more insidious when Trump deployed Rudy Giuliani to the Ukraine. Giuliani and his associates were tasked with ﬁnding evidence to discredit Biden through dragging his son Hunter Biden’s past under a telescope. None of this prevailed. Trump was subsequently impeached for his nefarious actions, and two of Giuliani’s “associates” – Lev Parnas and Igor Fruman – were indicted.

After unleashing a deadly pandemic on unsuspecting Americans, thwarting science and medical experts with disinformation, engaging in Covid-19 supersp reader campaign events, contracting Covid-19, and lending unwavering support of White supremacist groups – in the middle of all this – Trump has decided not to accept the outcome of last month’s election. The Trump campaign has ﬁled more than 50 lawsuits, 30 have been dismissed or dropped. Then there was the “big one” as deﬁned by Trump, a Supreme Court lawsuit crafted by Texas Attorney General Ken Paxton that requested that the highest court in the land invalidate and disenfranchise the legal votes of Michigan, Wisconsin, Pennsylvania, and Georgia, thereby in authoritarian style erasing the entire election. With three Trump-appointed justices sitting on the court, and a brief signed by 126 House and Senate Republicans and 17 Republican attorney generals, the “big one” was unceremoniously tossed into the circular ﬁle.

Understandably so. The Paxton-Texas lawsuit was full of misinformation, conspiracy theories, whimsical and problematic statistical analysis, and unsubstantiated “evidence.”

Conservative justices Clarence Thomas and Samuel Alito opined that even though Texas had the right to ﬁle a complaint against the four battleground states, Texas does not have the right to question the electoral system of another state. Translation: Democracy stands.

Why should Black Americans take a special interest in these signiﬁcant rulings? It is the Black vote that Trump and his Republican allies are seeking to invalidate. In the last days of the election season, the Trump campaign attempted to secure the Black vote by trotting out pictures of Ice Cube and Lil Wayne shaking hands and seeking thousands, if not millions, of their fan bases’ votes. This strategy was unsuccessful. It was the Black vote that helped to secure the win for the former vice president, now President-elect Biden. Black America collectively answered the question that Trump posed four years ago, “Black America, what have you got to lose?” Black America answered resoundingly, “Our lives.”

GEORGIA WILL BE KEY Those 50-plus frivolous lawsuits that Donald Trump and his associates ﬁled in various courts across the country all have one distinct current running through them. Allegations of voter and electoral systemic fraud were primarily directed towards the four battleground states where the Black vote overwhelmingly favored President-elect Biden. Those states are Georgia, Pennsylvania, Michigan, and Wisconsin. Georgia ofﬁcially turned blue or a Democrat state for the ﬁrst time since Bill Clinton won in 1992. With the coming senatorial election runoff in January 2021, Georgia will be the key to Democrats wrestling control of the Senate from a Mitch McConnell-led GOP. None of this would even be remotely possible if not for the power of Black voters. It is apparent that the Trump campaign either ignored or underestimated the pulse of Black America regarding the president’s response to police brutality, systemic racism, unemployment, misogyny, domestic terrorism, and Covid-19.

What the Trump campaign counted on was an apathetic Black America that would remain in the holding pattern of 2016. In 2016, Hillary Clinton received 88% of the Black vote. Four years previously, in 2012, President Barack Obama received 93% of the Black vote, and in 2008 gained 95% of the Black vote. Hillary Clinton lost the election because Black voters did not turn out for her as they had for Obama. In some cases, Black voters did not show up at all to the polls. If Black voters had repeated the actions of 2016, President Trump could very well be on his way to a second term. If Black voters had become discouraged and frustrated with attempts by the Trump administration to suppress their vote, then maybe it would be Trump for the win! But Black America, after four years of President Trump and his 27,000 deliberate lies, understood this was not the moment be silent, withhold a vote, or act lackadaisical. Why? One word. Coronavirus. Covid-19.

The coronavirus pandemic hit the Black community hard. In Chicago, Black Americans make up a third of the population, but comprise two thirds of all positive coronavirus test results, and a third of all coronavirus deaths. In Milwaukee County, Wis., another state where voter fraud is being alleged by the Trump administration, 26% of the county consists of Black Americans, yet 70% of all coronavirus deaths in that county are Black Americans. Research shows that Black Americans “are twice as likely to be infected by Covid-19” than their White counterparts. The reasons behind the shockingly disproportionate rate of Black Americans infected with Covid-19 are numerous and include pre-existing health risks factors, lack of adequate healthcare and healthcare sources, large households, low socioeconomic structure, and systemic racism. President Donald Trump was wellaware that the Coronavirus is “more deadly than even your most strenuous flus,” as he acknowledged to award-winning journalist Bob Woodward earlier this year. It is clear that Trump knew the consequences of unleashing such a powerful threat on the American public, yet instead of availing Americans of the information needed to protect themselves, especially the most disenfranchised and vulnerable among us, Trump instead decided to “play it down” because he did not “want to cause a panic.”

And who paid for this course of non-action? This foul on the play? Black America. In predominantly Black cities across the nation, Black Americans flooded local hospital emergency rooms and overflow areas sickened from Covid-19. Nursing homes became ground zero for Covid19 and families were reduced to waving decorated poster boards with red hearts outside grandparents’ windows instead of in-person visitation. Funeral homes and morgues were ﬁlled with the bodies of those who perished from Covid-19. Loved ones were eulogized on Zoom with only ten or less being allowed to attend funeral services. States eventually shut down. Millions of jobs held by those barely earning a living wage disappeared. Some will not be returning. Unemployment skyrocketed and poverty beckoned to many. Those who were already in the throes of poverty sank deeper into darkness and despair with no way out. But President Donald Trump continued to mock America with sarcasm and tomfoolery. He held press conferences where he called Covid-19 “the Kung Flu” or insinuated that light and/or “injecting disinfectant” could cure the virus. Trump’s hypothesis and his inept leadership has led to what senior advisors have hailed “the biggest national security threat” this country has seen since the Spanish Flu in 1918. Yet, Trump believed he held Black vote tightly in his pocket. What a miscalculation.’

Now, more than a month after losing the election, President Trump wants to question the legitimacy of the Black vote. The same impactful Black vote Trump weakly pandered to, that Presidentelect Joe Biden openly acknowledged helped him to soar into his future presidency by more than 81 million votes. Black America did not forget how President Trump blatantly supports racist domestic terrorist groups. Black America did not forget the afternoon President Trump decided to throw tear gas into a peaceful Black Lives Matter demonstration to clear a path for him to stand in from of a church holding an upsidedown Bible. Black America did not forget that President Trump let loose a deadly virus on vulnerable Americans and lied to our faces about it. Donald Trump ﬁgures that if he can mute, silence, and destroy the Black vote by delegitimizing it, he ultimately wins. Yet, at this point, Trump’s already nonexistent pathway to pure authoritarianism has all but been vanquished by the courts. In the recently dismissed lawsuit ﬁled by the state of Texas in the United States Supreme Court, the Trump campaign falsely claims that in Detroit on election day “ofﬁcials coached voters to vote for Democrats” and election workers were instructed “not to verify signatures.” These un-substantiated voter fraud and allegations of “massive corruption” in Black counties such as Wayne County in Detroit, Mich., or Philadelphia County, Pa., have all been proven to be disinformation. Game over.

Black America voted early, we voted by mail, we encouraged our family members, friends, and social media associates to register and vote, we voted on election day. It was our voracity and focus that propelled us to vote President Trump out of the White House. President-elect Biden won 90% of the Black vote. We cannot let the Trump campaign and its political allies delegitimize the Black vote. We must remember the names of the 126 House and Senate members who actively supported Trump in the act of the disenfranchisement of the Black vote, and who voluntarily turned their backs on the Constitution of the United States that prohibits the suppression of the vote based on “race, color, or previous condition of servitude.” George Floyd voted. Breonna Taylor voted. John Lewis voted. The 280,000-plus Americans who have died from Covid-19 voted, too. Their voices became our vote. The Black vote for the win. Our vote will not be denied. We will not allow our voices to be silenced.

Next post Dutch national museum to stage 2021 exhibition on slavery