WHITE CYCLIST GETS PRISON FOR BEATING BLACK DRIVER WITH LOCK 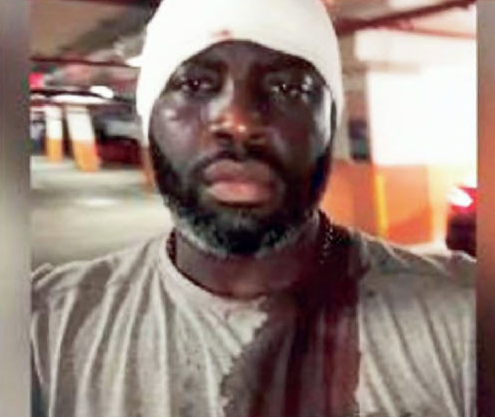 WASHINGTON (AP) – A white bicyclist in Washington, D.C., has been sentenced to three years in prison for severely beating a black driver.

News outlets report 25-year-old Maxim Smith was sentenced Tuesday after being convicted of offenses including assault with a dangerous weapon. Authorities said Smith was slowly biking ahead of 35-year-old Ketchazo Paho last year; Paho tried to pass him and Smith smacked the car. Paho said he stopped, called 911 and grabbed Smith’s bike to detain him.

Prosecutors said Smith then used his metal U-lock to beat Paho, who later required Like us on Facebook more than 20 stitches. Prosecutors called the attack a hate crime as Smith called Pahoa a racist slur, but the jury didn’t reach a unanimous verdict on that. Smith’s attorney said Smith was under the influence of alcohol and cocaine.