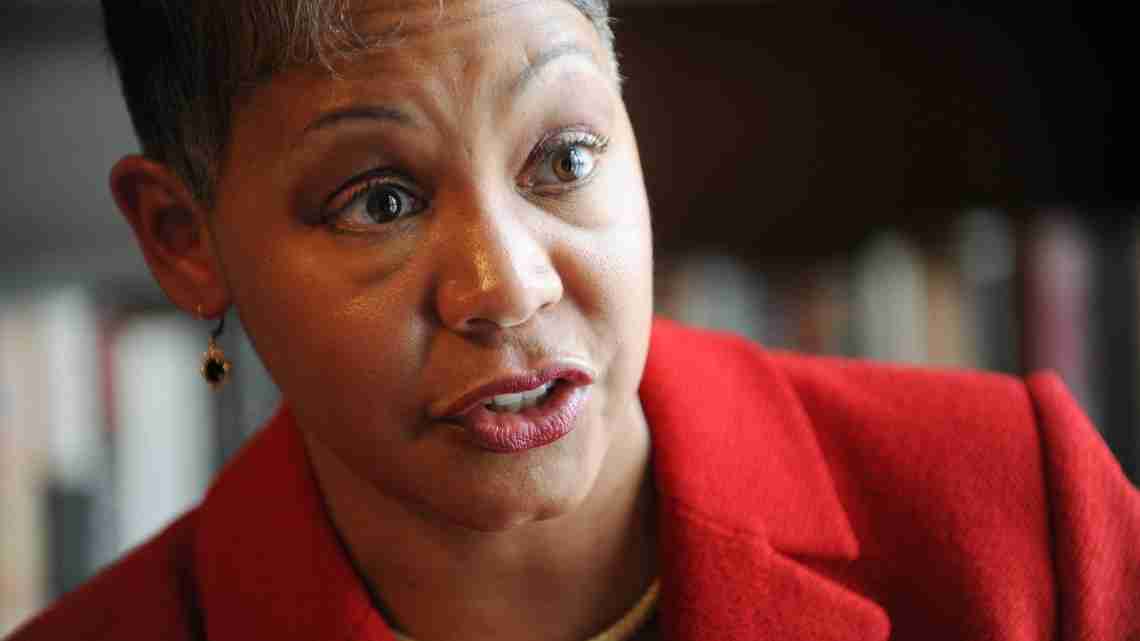 NEW YORK – The WNBA is withdrawing its fines for teams and players that showed support of citizens and police involved in recent shootings by wearing black warm-up shirts before and during games.

WNBA President Lisa Borders said in a statement Saturday the league was rescinding penalties given to the Indiana Fever, New York Liberty, Phoenix Mercury and their players for wearing the shirts – which was a uniform violation. The players started wearing them to show solidarity after shootings in Minnesota and Baton Rouge, Louisiana.

Each team was fined $5,000 and players were each given a $500 penalty because WNBA rules stated that uniforms may not be altered in any way. The normal fine for uniform violations is $200.

“While we expect players to comply with league rules and uniform guidelines, we also understand their desire to use their platform to address important societal issues,” Borders said. “Given that the league will now be suspending play until Aug. 26 for the Olympics, we plan to use this time to work with our players and their union on ways for the players to make their views known to their fans and the public.”

The fines seemed to galvanize the players, who have used postgame interview sessions and social media to voice their displeasure. There has also been public criticism of the fines, including from NBA star Carmelo Anthony.

“It’s a huge win overall,”said Fever All-Star Tamika Catchings, who is president of the players union. “I think more than anything I told Lisa at times you’re going to agree to disagree. With this, I’m really proud of the players standing strong and for utilizing their voices. Change starts with us. We have a social responsibility as well.”

The Rev. Al Sharpton said earlier Saturday his organization, the National Action Network, would pay the $500 fines. He called the penalty “unacceptable.”

The Liberty wore the plain black shirts four times, including against Washington. Indiana and Phoenix donned the shirts before their nationally televised game. The fines were administered last Wednesday and neither the Fever nor Liberty wore the shirts at their matinee game that Thursday. Tina Charles did wear her regular black warm-up shirt inside-out in honor of a shooting in Florida that morning.

“We commend Lisa Borders for recognizing how the players of the WNBA felt and the sensitive time that we’re living in and being willing to re-evaluate their decision,” New York Liberty President Isiah Thomas said. “We are also very proud of our players the world is seeing what we already knew. They’re truly incredible, thoughtful and talented individuals. Our league, our partners and our society are better because of our players’ willingness to enter the political and social activism arena.”

Charles was happy that the league rescinded the fines. She donated her entire salary this year to her charity – Hopey’s Heart Foundation – so the withdrawn fine means more money that will help buy automated external defibrillators.

Still, she said it was “embarrassing” that the players had been fined in the first place.

“The only good thing that came out of it is that the 70 percent of the WNBA that are African-Americans are protected when the jerseys are on. We are united with police officers,” she said. “When we take off our jerseys and we are out there, we could be next. We were able to show our voice. People responding to me said you gained a fan, not because of what I do on the court, but the act I did. We have followers now because of who we are, not what we do.”

Borders told The Associated Press in an interview Friday night that she had been talking with the union and its executive council for two weeks to try to come up with ways that both the league and its players could constructively address the Black Lives Matters movement. Nothing concrete was decided.

“We were making every effort to engage our players,” she said. “We made an effort to support them and we were trying to get them to come to the table to have a conversation. The players have an open invitation with the league.

“Our players are important to us. We believe in them. We want them to be the people they are and we’re proud of them. We want to make sure they play well on the   court and they are happy off the court.”

Now with the league on break for a month, there is more time for both sides to work together and come up with plans once the league resumes play at the end of August.

“We are pleased that the WNBA has made the decision to rescind the fines the league handed down to the players on the Fever, Liberty and Mercury,” WNBPA operations director Terri Jackson said in a statement. “We look forward to engaging in constructive dialogue with the league to ensure that the players” desire to express themselves will continue to be supported.”