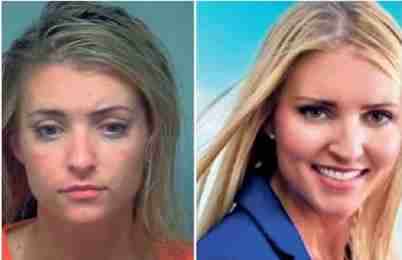 A woman seen speeding through a stop sign at 60 mph told officers they shouldn’t arrest her because she’s a “very clean, thoroughbred, white girl,” police said.

Her eyes glassy and bloodshot, Lauren Elizabeth Cutshaw was slurring her words and a Breathalyzer showed her blood-alcohol level at 0.18 percent, according to police in Bluffton, South Carolina.

Cutshaw, 32, told the arresting officer she shouldn’t be jailed because she was a cheerleader, a dancer and a sorority girl who graduated from a “high accredited university.” Taken to the police station in handcuffs, she described herself as a white “thoroughbred” and “went on to say ‘I’m a white, clean girl,’” the officer wrote in his report.