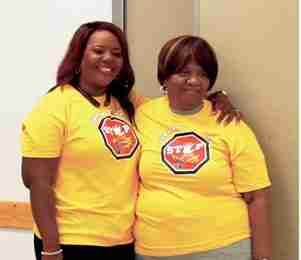 MIAMI GARDENS, Fla. – When Eugene F. Green was struck and killed by a hit and run driver in 2014, his younger sister, Yolanda Green-Samuel, said she and the family were devastated. Determined to make certain his death was not in vain, Green-Samuel established Just An Accident Stop Hit-and-Runs (JAAS), a non-profit organization with a mission to inform and educate people about hit and run accidents and fatalities.

The program’s second annual “Ride for Gene to Stop Hit-and-Runs” Community Safety event, in partnership with City of Miami Gardens, is scheduled for Saturday, Nov. 3, from 8 a.m.to 12 p.m.

“No leads, no answer, unacceptable. I lost my big brother, someone I loved my entire life to a hit-and-run driver.

Who is next? It doesn’t matter until it happens to you,” said Green-Samuel, president of JAAS. “This event is not just for my brother, it’s for those who don’t have a voice.”

In addition to a big brother, Green was also a son, father, grandfather and friend. The case involving his death is still unsolved.

Green-Samuels urges drivers to be mindful that if they are ever involved in a car accident that results in injury to others, it is still just an accident. That is, until they flee the scene, which escalates the incident to a felony.

She also reminds people that they are the injured person’s best chance of survival and by leaving them there, their actions contribute to the likelihood of an injury becoming fatal.

“The person involved becomes a first responder. The driver of the car has to provide reasonable assistance until a more professional person can assist,” she explained. “Also, the person involved as the (legal) responsibility to call 911.”

This year’s event will feature a dedicated kid’s zone, music and entertainment and a memorial ride and walk to commemorate Green’s life as well as other victims of hit-and-runs. Beverages will be sponsored by Starbucks, Miami Gardens and resource vendors will provide valuable information to the community about safety. This year’s mission is to continue raising funding for JAAS’s education, awareness and advocacy initiatives in addition to assisting hit-and-run victims and their families.