World Bank staff have a new goal: Boost incomes in their assigned countries 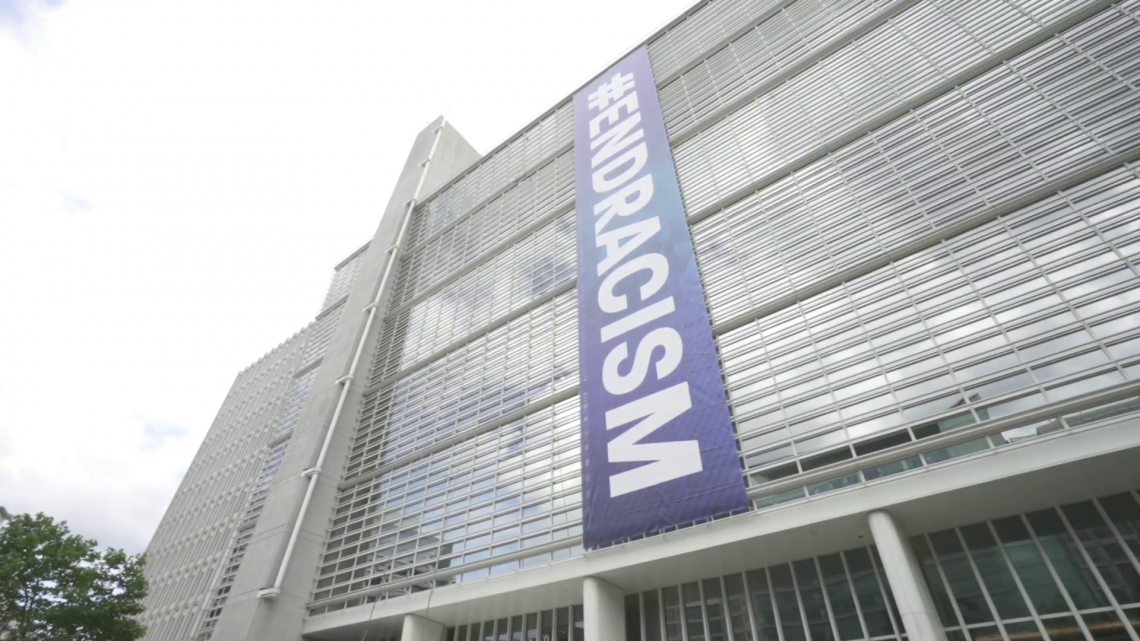 The World Bank is streamlining to focus on measurable results, said World Bank President David Malpass. It could be the start of a profound shift for an organization with offices in more than 100 countries known more for attending conferences than winning results.

Billions in loan projects will ultimately be affected in the coming years, as the World Bank puts new emphasis on meaningful improvements in individual nations and moves away from generic solutions applied uniformly across the globe. The new system that began July 1 “has better aligned the bank staff with the country programs,” Malpass said, “so that we have a more direct accountability system.”

The World Bank Group has some 8,000 employees in 170 nations. The bank, Malpass said, needs “a clear focus as opposed to a fragmented focus, [being] all things to all people.”

Malpass, who studied at the Georgetown University School of Foreign Service and speaks Russian, French and Spanish, earned a CPA while at consulting firm Arthur Andersen – perhaps the first World Bank Group president to have a certification in public accounting. Later, he served in the Reagan and Bush Administrations, then joined Bear Stearns, a Wall Street firm, as chief economist. In the Trump years, he was deputy undersecretary of the Treasury Department, where he influenced the World Bank Group’s financial plan.

Now he is implementing it, a far-reaching re-engineering effort that is rarely tried in quasi-governmental institutions. The Malpass-led restructuring is perhaps the most impactful in 40 years, observers say, pointing to 1980, when World Bank President Alden W. Clausen, who was nominated by President Jimmy Carter, shifted the bank’s focus away from controversial construction projects and removed key bank executives, culminating in the controversial sacking of the bank’s chief economist in 1982.

A cultural shift is underway, he said. “What I’ve pushed back against is spending all the time in conferences in the capitals of Europe, and in the U.S.,” Malpass said, and people spending all of the time talking about it,” instead of making measurable improvements in national wellbeing.”

“This realignment builds on changes made last year to make our work more impactful for the people we serve,” a World Bank spokesman said.

Some of these changes have been on Malpass’ mind for decades. As deputy assistant secretary for international development in the Reagan years, he noticed access to electric power and clean water were major barriers to lifting poor nations out of poverty.

Forty years later, the same challenges remain, he said. That’s almost a lifetime in the developing world. He concluded streamlining the bureaucracy may quicken progress. “I want the bank to be effective,” Malpass said, “and I think of effectiveness as you having a positive impact on countries: Are they doing better because of what the bank is doing?”

Under the Malpass plan, more than six out of 10 jobs are being realigned to promote country development—a carefully calibrated shift, which has been underway for months.

“That’s an explicit goal of our programs,” said Malpass. “You look at a country: What is blocking business from operating? That might be, for example, controlled markets.”

He cited state-run industries that crowd out competition, military monopolies of non-defense industries such as cement and lack of affordable digital alternatives—banking by smart phone, for example—as market controls that limit growth.

Known inside the bank’s headquarters as “the matrix,” its former organizational chart sprawls across 14 “practice groups,” which each sit atop their own towers of staff in 170 countries branching into different projects, initiatives and study groups. The new chart has fewer layers and clearer lines of authority and responsibility. The old organizational structure produced “inefficiency, fragmentation, and internal competition,” according to a 2019 World Bank Independent Evaluation Group report, that put at risk the bank’s “ability to deliver for clients.”

Though there are no terminations planned, the Washington D.C. headquarters headcount will shrink in the coming years. The pace of hiring is projected to slow and retirees will not be automatically replaced. Some World Bank employees may make physical moves, as newly country-focused staff shift from Washington, D.C., where the bank’s Pennsylvania Avenue headquarters has been shuttered for months because of coronavirus, which cost the life of one World Bank employee in Bangladesh and made more than 60 ill, to other national capitals, where office rents are often lower and paychecks buy more. The point, says Malpass, is to staff closer to clients.

Another surprise: policy outcomes will matter. Malpass, who has a degree in physics and an MBA, wants to incentive World Bank employee efforts to boost median income in their assigned nations. Median income is the exact center on the spectrum from the highest to the lowest paid person in an individual country. To boost the median income, large numbers of poorer people would need to enjoy a rise in take-home pay—which may take years.

Indeed, Covid-19 is expected to substantially increase global poverty, World Bank projections show. Shrinking payments from workers in North America and Western Europe to their overseas relatives, known as remittances, are reducing income for many of the world’s least developed lands; those funds are drying up as building, serving and cleaning jobs, as well as other occupations that disproportionately employ recent immigrants, are laying off workers across the developed world.

In addition, fear of the virus has kept many tourists from traveling to the Southern Hemisphere. The world’s oil and natural-gas glut has led to stops or delays in energy projects across the developing world. To combat falling economic growth across the global South due to Covid-19, the World Bank has announced an emergency fund of $160 billion, one of the world’s largest multinational virus-relief efforts.

Malpass did not say whether employees who achieve the highest increases in national median income would receive bonuses or whether those who fail to reach their goals would be denied promotions. Indeed, such accountability measures seem unlikely given the culture of the World Bank Group and devastating effects of the virus on poorer countries, where growing caseloads often have overwhelmed doctors.

Yet the whole idea of focusing employee performance on improvements in a country’s prosperity is stunning to some senior members of multi-national bureaucracy. Lower-level employees are more encouraged by the changes, as it will give them an opportunity to make a mark before accruing decades of seniority.

The announcement comes after the one-year anniversary of Malpass’ appointment to lead the World Bank Group, which includes the World Bank and related international aid institutions that collectively loaned billions for schools, roads, power plants, waterworks and other poverty-fighting projects in 2019.

Malpass was nominated by President Trump and later elected unanimously by the World Bank’s governmental shareholders. The United States and Japan are the bank’s largest donor nations, and it backs its AAA credit rating with callable capital of the U.S. government.

The post World Bank staff have a new goal: Boost incomes in their assigned countries appeared first on Zenger News.