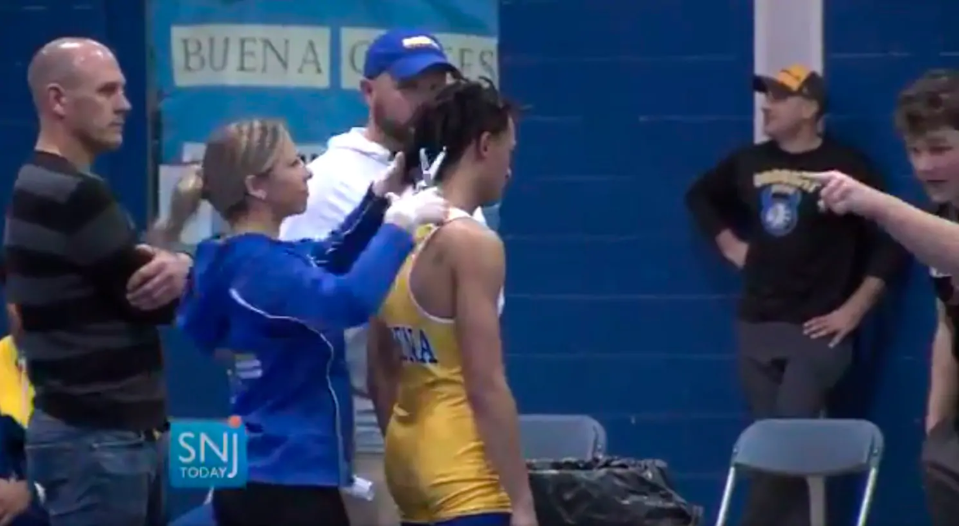 BUENA, N.J. (AP) – An attorney for a New Jersey high school wrestler forced by a referee to cut his dreadlocks before a match to avoid a forfeit says the boy’s family won’t pursue legal action. The Buena (BYOO’-nah) Regional School Board after an emergency meeting Wednesday night said the Buena High School wrestling team won’t compete in events officiated by referee Alan Maloney.Wrestler Andrew Johnson had his dreadlocks cut minutes before the match Dec. 19. Johnson, who is black, had a cover over his hair, but Maloney, who is white, said that wouldn’t do. Maloney didn’t respond to requests for comment. At the packed meeting, the school board said its investigation into the incident is ongoing. The Press of Atlantic City reports Johnson’s family did not attend the meeting.

Next post MUMIA ABU-JAMAL CASE COULD RETURN TO SPOTLIGHT