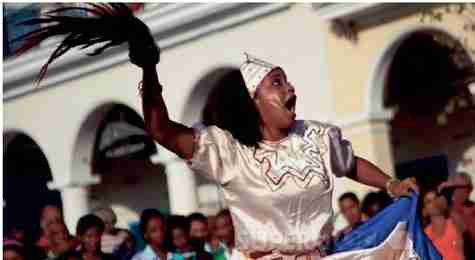 HAVANA – Miranda Hernandez’ grandparents lost every- thing when they fled Cuba in the 1960s. She grew up thinking of the island as “North Korea with nice beaches,” she said. But when four young Cuban-Americans started a program sending peers with similar island ties to explore their heritage after the U.S.-Cuba detente, she applied.

On Friday, after a week in Havana visiting entrepreneurs, artists and relatives she’d never met, the 20-year-old senior at the University of California, Berkeley flew home with impressions certain to upset many of her grandparents’ generation. “Right off the bat I’m going to say honestly it’s not that bad,” she said on Thursday afternoon as she visited the Havana apartment where her grandmother once lived. “A lot of people perceive Cuba as a terrible place where people aren’t happy, but that’s not the case.” The declaration of U.S. detente with Cuba was made possible by the softening of a hard line held for half a century by Florida’s powerful Cuban-American community. Expectations of a fearsome backlash to follow any outreach to Cuba diminished as the first generations of Cuban-American exiles were joined by new waves of economic migrants, and by children and grandchildren who never directly experienced communism.

Now the process of normalization between the U.S. and Cuba is accelerating and widening that softening of attitudes. Inspired by the reestablishment of diplomatic and business ties, the children and grandchildren of exiles are traveling to Cuba in increasing numbers, often as part of programs designed to support family reconciliation and political normalization.

Among the most notable efforts is CubaOne, the new pro- gram that took Hernandez to Cuba. Inspired by Birthright Israel, a program that has sent 500,000 young Jews to Israel since 1999, CubaOne hopes to send three groups of CubanAmericans to the island by February. Its founders are putting nearly $100,000 of their own money into the fledgling program and hope to raise enough funds for future years from individual donors and the American airlines, hotel companies and other businesses starting to establish footholds in Cuba.

“It’s a new community and a new culture in Miami,’”said CubaOne founder Daniel Jimenez, a 34-year-old digital executive at Ernst & Young, “Being here and listening to what eleven million Cubans have to say rather than the media in Miami is something every young Cuban-American should go through.”

With an average age of 25, CubaOne’s inaugural class of nine millennials included artists, entrepreneurs and writers from across the United States, many from families based in South Florida.

They traveled to the tobacco-growing region of western Pinar del Rio province before returning to Havana for six days of visits with independent business people and artists and stays in private bed-and-breakfasts. “Young Cuban-Americans love Cuba, but we express that love differently than our parents,” said Giancarlo Sopo, one of CubaOne’s founders and the son of a veteran of the U.S.backed forces in the Bay of Pigs invasion. “For us, loving Cuba means going there to learn about our culture, meet family, and engage the people.” At least four of the young people saw family members who they had never met, or had met only briefly, including Hernandez. She spent two days with her great-uncle Jesus Cervello Ruiz, the 78-year-old patriarch of the five family members who remain in Cuba. Some 15 more relatives live in the U.S.

Along with his daughter Caridad and twin 16-year-old grandsons, Ruiz took Hernandez to the hospital where his niece, her mother, was born, and the apartment where she lived as a young girl. For Hernandez, a Republican like her parents, the small interactions with her relatives and other Cubans provide a three dimensional picture of the country she had only heard one side of, she said. “No one has come back except me,” she said. “People here are happy; they don’t need a bunch of material things to make them genuinely happy.”

Ruiz, a retired mechanic in a state workshop, spent the trip wisecracking and gently teasing his great-niece and the journalists and program participants who accompanied her.

But at the end, as he stood in the doorway of the apartment where his sister lived before the revolution, tears welled in his eyes as he felt the pain of living decades separated from most of his family.á “I’ve been holding this pain but since I came in here I’ve been emotional,” he said. “This brings back memories.”