Aircraft technician with Tuskegee Airmen dies at 100 in NYC 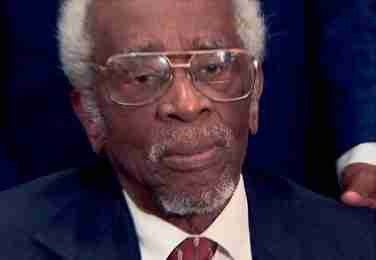 NEW YORK – A New York City man who served as an aircraft technician with the famed all-black Tuskegee Airmen died Saturday at age 100.

Police say a home health aide found Wilfred DeFour unconscious and unresponsive inside his Harlem apartment at about 9 a.m.

DeFour was pronounced dead by Emergency Medical Service workers. Police say he appears to have died from natural causes but the medical examiner’s office will perform an autopsy.

DeFour was honored just last month at a ceremony to rename a Manhattan post office after the Tuskegee Airmen.

The Daily News reported that Defour said at the Nov. 19 ceremony that the World War II squadron’s members “didn’t know we were making history at the time. We were just doing our job.”

The Tuskegee Airmen were the first African-American military aviators in the U.S. Armed Forces, which were racially segregated until after the war.

According to Return of the Red Tails, a nonprofit dedicated to preserving the memory of the Tuskegee Airmen, DeFour joined the Air Corps in 1942 and was assigned to the 366th Air Service Squadron, serving in Italy, after basic training in Tuskegee, Ala.

He served as an aircraft technician and painted the red tails on the planes that gave the squadron its nickname.

DeFour was a Post Office employee for more than 30 years after his military service.

He remained active into his later years and often spoke to schoolchildren about his experiences.

Montgomery, who died in September of that year, told the students that when he returned from wartime service to his native Alabama, he was not allowed to vote.

DeFour added, “We need to spread the word to let them know what went on in our time. It’s history.”