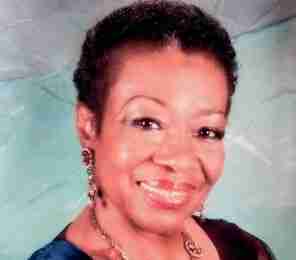 RENAISSANCE WOMAN: Alfreida Upshaw passed away at age 77 on Jan. 15.

PHOTO COURTESY OF THE UPSHAW FAMILY

She leaves a legacy of “delicate strength,” that she exemplified throughout her life, said daughter, Cheryl Turner, Upshaw’s only child. Hers was, “Not an abrasive, loud; it was a quiet, gentle, but there was a strength there… It was a sound of confidence. You didn’t have to be loud to be heard. You didn’t have to talk a lot to say something important.”

Alfreida Delois Jones was born on May 12, 1940 to Beatrice and Alfred Jones. She arrived defying the odds; born three months prematurely and weighing in at just two pounds. Their parents placed a strong emphasis on education for Upshaw and her sister, Roslyn Bomar.

Upshaw was also a fashion model, gracing the runway for several venues throughout Detroit.

During retirement she founded and operated “It is Connection, Talent & Booking Agency.” After 17 years in Detroit, she relocated to Ft. Lauderdale in 2010.

With all her accomplishments, Upshaw’s role as mother was one where she taught her greatest lessons. One of which was, “the difference between being just a woman versus being a lady,” Turner shared.

“Just because you have female body parts does not make you a lady. It all lines up with character, your spirit, your whole being. It’s how you carry yourself when you walk into a room.”

Turner said her free-spirited demeanor nearly resulted in her turning down admission into West Point Academy; but her mother was not having it. Turner said her mother surmised that if West Point is interested in her, she was obligated to at least check it out. She did, reluctantly; and to Turner’s surprise, she was accepted.

In addition to associating with many jazz, blues and gospel artists, Upshaw has worked with a number of Motown artists, including Stevie Wonder, The Temptations, The Miracles, The Four Tops, Freda Payne, George Clinton and The Funkadelics, The Dramatics, The Velvelettes, Martha Reeves & The Vandellas, Mary Wilson, Carolyn Crawford, Carl Carlton, and Joe Billingslea & The Contours.

Her many talents include producing “Motown Sings Gospel,” to delving into the art world; and she was an agent and advocate for Master Daniel Austin, founder of “INTERPRESSIONISM,” Art Movement and Philosophy.

In addition to her daughter Cheryl Turner, Upshaw’s survivors include her son-in-law, Clifford Turner, grandsons and their wives, Remy and Brittany Hammock, and Paris and Marion Hammock, great-grandsons Myles and Deacon Hammock, goddaughter, Linda Dudley and cousins Richard McDonald, Eleanor and George Butler.

Next post Families to explore school options at choice fair