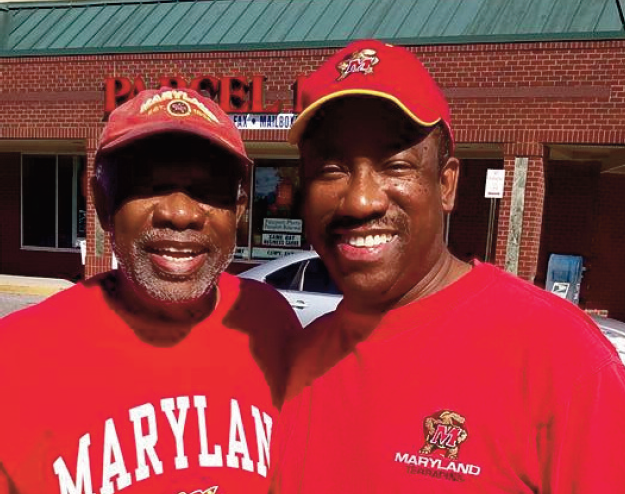 While growing up in Oklahoma, he enjoyed working on the family farm with his two older brothers, Blanton, and Hugh (who predeceased him in 2012), as well as his three first cousins, Dempsey, Carver and Julia Ann.

Bennett wrote of his experiences on the family farm in his 2015 memoir, Growing Up in Oklahoma.

“We all shared space in the farm home. We all did our homework by kerosene-oil lamp at a large dining table in the large dining room,” he wrote. “I remember having to drive our cattle and horses across Highway 81 and across the Rock Island railroad for pasture and farming. As boys, we had as our daily chores to cross and pump water for the animals by a water pump into a large water tank for the cows and horses.”

Bennett was educated in the public school systems in Dover, receiving his high school diploma from Booker T. Washington High School. He earned his bachelor’s degree from Langston University, selling one of the family’s pigs in order to pay tuition. While at Langston, he became very fond of studying English literature.

“He absolutely revered his college English and drama professor, Dr. Melvin B. Tolson, whose dramatic style he emulated throughout his life,” said his wife of 51 years, Barbara Jean Pope Bennett.

Later, he would earn a master’s degree from Howard University and a doctorate in education from the University of Maryland. After college, in 1955, he left Dover and joined the United States Air Force. He was stationed overseas between 1956 and 1958. He received an honorable discharge after serving at Joint Base Andrews, formerly known as Andrews Air Force Base, in southern Maryland.

Following his service in the military, Bennett worked at the National Post Office and at DC Junior Village, an orphanage, where he met his wife-to-be. They were married on August 22, 1964. In 1966, they moved out of Southeast Washington, D.C. to Clinton, MD, where they could get a much larger house for their money.

“He was the love of my life, and he spoiled me rotten,” said Mrs. Bennett, adding that her husband drove her everywhere she needed to go after her 2006 retirement from teaching Spanish in the D.C. schools.

Bennett retired from the school system in 2000. His son wept at his retirement party, feeling that the full weight of family responsibility was being passed on from father to son.

“My Dad was the ultimate role model for me of a devoted husband to my mom for 51 years, and a great father to my sister and me,” Bradley Bennett said. “He taught me how to drive a stick shift at 12 years old. He encouraged me to work hard in life, but also to temper everything I did in smart moderation. He encouraged me to fight oppression with intelligent diplomacy. He took me to music concerts, and introduced me to Jesus. He was the best man at my wedding, because he was the best man in my life.”

In addition to his wife and son, he is survived by his daughter, Bianca Cherie Bennett Alexander; his brother, Blanton Bennett; four granddaughters, Nuola, Moremi, Breanna and Brooke; a great grandson, Geronimo; a great granddaughter, Talia, and a host of other relatives across the United States.