Celebrities offer thanks and condolences in death of Stan Lee 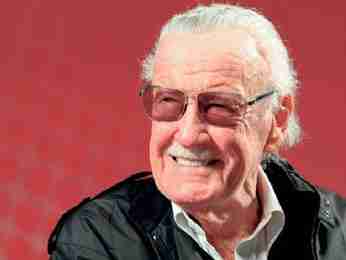 Celebrities offer their thanks, remembrances and condolences in the death of Marvel legend Stan Lee, who died Monday at age 95.

“Sad, sad day. Rest In Power, Uncle Stan. You have made the world a better place through the power of modern mythology and your love of this messy business of being human…” The “Hulk” actor Mark Ruffalo, via Twitter.

“Original and genius are two very overused words in the world today, but Stan was both. Add irrepressible and irreplaceable, and you begin to describe the man. We have all lost a true superhero. We will greatly miss our friendly neighborhood Stan Lee.” – Sony Pictures’ Motion Picture Group chairman Tom Rothman, in a statement.

“We’ve lost a creative genius. Stan Lee was a pioneering force in the superhero universe. I’m proud to have been a small part of his legacy and… to have helped bring one of his characters to life. (hash)StanLee (hash)Wolverine” – “Wolverine” actor Hugh Jackman, via Twitter.

“There will never be another Stan Lee. For decades he provided both young and old with adventure, escape, comfort, confidence, inspiration, strength, friendship and joy. He exuded love and kindness and will leave an indelible mark on so, so, so many lives. Excelsior!!” – “Captain America” actor Chris Evans, via Twitter.

“RIP Stan. Thanks for everything.” “Deadpool” actor Ryan Reynolds, via Twitter.

“Stan Lee’s imagination helped spawn a universe of characters that inspired both kids and adults around the world for generations. He has become the driver of an incredible lasting legacy for our modern pop culture mythology.”

– Marvel cinematic universe directors and brothers Anthony and Joe Russo, in a statement.

“You gave us characters that continue to stand the test of time and evolve with our consciousness. You taught us that there are no limits to our future as long as we have access to our imagination. Rest in power! (hash)EXCELSIOR (hash)StanLee (hash)rip.” – “Black Panther” actor Winston Duke, via Twitter.

“Born before Edwin Hubble discovered the expanding universe, he ultimately created an expanding universe of his own one of scientifically literate superheroes such as Spider-Man, The Hulk, Iron Man, & Black Panther. Stan Lee RIP: 1922 – 2018” Neil deGrasse Tyson, via Twitter.