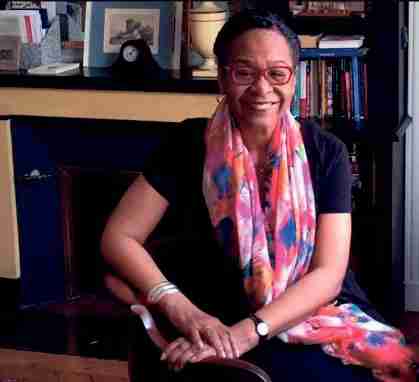 Wall, who worked at the New Brunswick, NJ, campus, and had been scheduled to retire from Rutgers in May, died April 4 from complications following an asthma attack. The university confirmed her death Wednesday.

In a statement, school president Robert Barchi said Wall was a “worldclass intellect whose scholarship advanced the conversation about African American literature and whose teaching and guidance inspired her students to think in new ways.”

Wall championed diversity in the classroom and in the literary canon. Under her leadership at Rutgers, English majors were required to take a course in African American literature and she helped found the Crossroads Theatre Company, a prominent showcase for black plays. Besides the Hurston editions, her books included “Worrying the Line: Black Women Writers, Lineage, and Literary Tradition,” “Women of the Harlem Renaissance” and “On Freedom and the Will to Adorn: The Art of the African American Essay.”

Fellow scholar Farah Jasmine Griffin, a professor of English and comparative literature and also African American Studies at Columbia University, described Wall as a visionary and lauded her work as an administrator and educator.

“Cheryl is one of the foremost scholars on Zora Neale Hurston and other women of the Harlem Renaissance,” Griffin said. “Her scholarship on these women helped create a re-evaluation of how we think about the Renaissance by insisting on the contributions of the women, including but not limited to Hurston.”

Wall, a New York City native, studied as an undergraduate at Howard University and received a Ph.D from Harvard University. She is survived by her daughter, Camara Epps.