Dave Bartholomew, co-wrote ‘Ain’t That a Shame,’ dies at 100 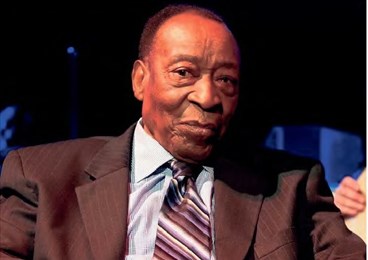 roll pioneer who with Fats Domino cowrote and produced such classics as “Ain’t That a Shame,” “I’m Walkin’” and “Let the Four Winds Blow,” has died. He was 100.

A member of the Songwriters Hall of Fame and Rock and Roll Hall of Fame, Bartholomew died June 23 in a suburban New Orleans hospital, his eldest son Dave Bartholomew Jr. told The Associated Press.

“His body simply broke down,” his son said. “Daddy was 100 years and six months old. It was just that time.”

A trumpet player since childhood and a bandleader and arranger before World War II, Bartholomew befriended Domino in the late 1940s and collaborated with the singer-piano player on dozens of hits that captured Domino’s good-natured appeal, making him one of rock’s first stars and New Orleans a center for popular music.

Throughout the 1950s and into the 1960s, virtually anyone recording in New Orleans ended up performing Bartholomew songs or working with him in the studio.

were among Domino’s many top 10 hits, with worldwide sales for Domino eventually surpassing 60 million records.

Domino’s boogie-woogie flair and ringing triplets on piano and Bartholomew’s funky, “Big Beat” arrangements, with their second line drum rhythms and chorus of saxophone players, were so distinctive that covers of such pre-rock standards as “Blueberry Hill” and “My Blue Heaven” sounded no less original than the songs by Domino and Bartholomew.

“Actually, we never sat down to write anything. He and I just played,”

Bartholomew told The Times-Picayune in 2010. “I remember one time on ‘I’m in Love Again,’ we went outside and somebody said, ‘Don’t let the dog bite you.’ So we come back and put that in the song.”

Bartholomew’s credits extended well beyond his work with Domino, who died in 2017.

He produced the Lloyd Price hit “Lawdy Miss Clawdy.” He wrote (and originally performed) the novelty song “My Ding-a-Ling” that became Chuck Berry’s first No. 1 single in the U.S. The Bartholomew-Earl King ballad “One Night” was a hit for Smiley Lewis and (in a censored version) for Elvis Presley in the 1950s and a highlight of Presley’s 1968 “comeback” Christmas television special. British rocker Dave Edmunds had success in the early 1970s with Bartholomew-King’s “I Hear You Knocking,” while John Lennon, the Four Seasons, and Cheap Trick were among those who recorded “Ain’t That a Shame.”

Bartholomew had his own hit in 1949 with the brassy “Country Boy,” and became New Orleans’ top producer and arranger through his years at Imperial Records, where artists included Domino, Frankie Ford, Chris Kenner, Huey “Piano”

Smith and the duo Shirley & Lee.

After his initial run with Domino, he led his own band and recorded such albums as “Dave Bartholomew and the Maryland Jazz Band” and “New Orleans Big Beat.”

He also joined Domino for international tours and made appearances with Dr. John, Allen Toussaint and other New Orleans artists. Toussaint died in 2015, and Dr. John passed away on June 6.

The Bartholomew family’s legacy spans a century, from son Don Bartholomew’s work with Lil Wayne and other hip-hop artists back to Dave Bartholomew’s ties to Louis Armstrong and the birth of jazz.

Born in Edgard, La., in 1918 and a resident of New Orleans since the 1930s, Bartholomew learned the trumpet from Peter Davis, who had mentored Armstrong.

He was playing riverboat gigs in his teens, leading bands in his early 20s and developed his writing and arranging skills while with the 196th Army Ground Forces Band during World War II.

After returning home, he assembled his own group, which featured such prominent sidemen as drummer Earl Palmer and saxophonist Lee Allen.

The partnership between the detailminded Bartholomew, who called himself a “slave driver” in his quest for the right sound, and the more easygoing Domino took time to fully catch on. After a million-selling collaboration in 1949 with “The Fat Man,” a reworking of “Junker’s Blues” – often cited as one of the earliest rock records – the two drifted apart when Bartholomew briefly left Imperial.

But they had a handful of minor hits and rebounded fully in the mid-1950s with “Ain’t That a Shame,” a crossover smash as the rock era was taking off, although briefly obscured by Pat Boone’s bland cover version.

Bartholomew and Domino had a long hiatus in the 1980s and ’90s before performing together in 1999 at the New Orleans Jazz and Heritage Festival.

In 2014, they attended a premier in New Orleans of a documentary about their work, Joe Lauro’s “The Big Beat.” During a question and answer session after the film, Domino was reluctant to speak, so Bartholomew stepped in.

“You know, Fats,” he said, putting an arm around his friend. “We have been blessed.”

Bartholomew is survived by his wife, eight children, and 25 grandchildren, said his son Ron.

Next post Empowerment webinar for men of color free July 11