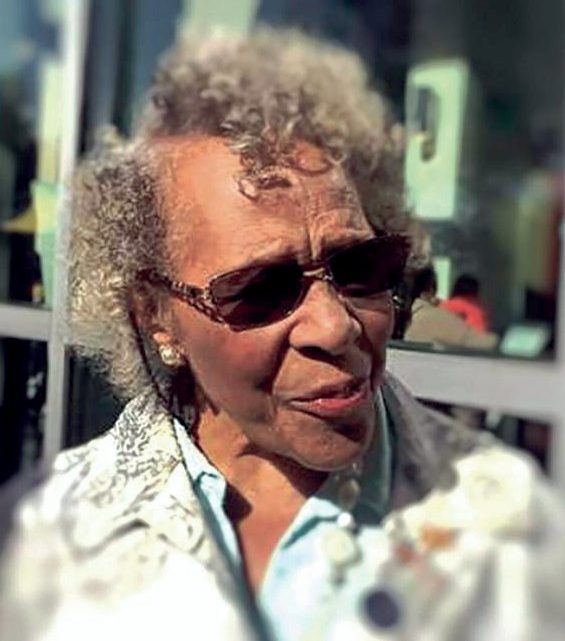 Robinson died on Aug. 18, according to family members. Her funeral was Thursday at Mountain View Cemetery in Altadena, where her husband is buried. He died in 2000 at age 85.

Mack Robinson won a silver medal in the 200 meters at the 1936 Berlin Olympics, ﬁnishing 0.4 seconds behind teammate Jesse Owens.

Delano Catherine Hadley Robinson was born the eighth of 15 children on July 8, 1933, in Thomasville, Ga., near where her future husband was born in Cairo, Ga. She was named after President Franklin Delano Roosevelt.

Robinson began her nursing career in Thomasville, and later moved to New York, where she met Mack Robinson when he was visiting from California. They kept in touch and she eventually relocated to Pasadena in 1955, when she married Mack.

She worked as a nurse in Los Angeles and Pasadena before retiring in 1988. She volunteered at the Jesse Owens Games and Special Olympics California, and regularly attended U.S. Olympic events with her husband.

Robinson kept her family’s history alive through the years with speeches in Pasadena, where she had lobbied for the creation of Robinson Park Recreation Center. Mack and Jackie Robinson grew up in the city, where several locations are named in their honor. Jackie Robinson broke baseball’s color barrier in 1947 with the Brooklyn Dodgers.

“We’ve been honored to have such a legacy to stand on,” her grandson, Wayne, said at the funeral, singling out Delano and Rachel Robinson, Jackie’s widow. “To be supporting members of such a legacy is a tall order.”

Next post Actor Michael K. Williams, Omar on ‘The Wire,’ at 54