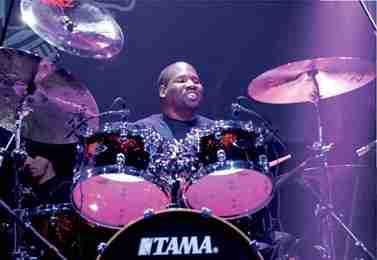 John Blackwell Jr., who played for Prince for over a decade, died Tuesday, July 4. PHOTO COURTESY OF EW.COM

TAMPA, Fla. – Acclaimed drummer John Blackwell Jr., best known for his collaborations with Prince, died yesterday at the age of 43.

The Columbia, South Carolina native’s death following complications from brain tumors was confirmed by his wife Yaritza Blackwell, who wrote in a post Tuesday on his official Instagram account: “My husband incredible drummer John Blackwell passed the way peacefully in my company today … Thanks God for his life and thanks everyone for their support.”

The younger Blackwell began drumming at the age of 3 and was playing professionally by the time he was a teenager.

Blackwell joined Prince’s renowned band, The New Power Generation, in 2000 and remained behind the kit for more than a decade.

Bootsy Collins, Cameo and others as well as fronting The John Blackwell Project. Recently he was part of D’Angelo’s backing group The Vanguard.

A Go Fund Me account set up by his wife said Blackwell was in the process of getting tested for “what the doctors think may be tumors in his brain.” The fund, set up about four months ago, had raised about $79,000.

Further donations can be made at www.gofundme.com/JohnBlackwellJr Please Note: This article was compiled using reports from The Associated Press and JamBase.com.

Next post When Gospel sermons came on the phonograph