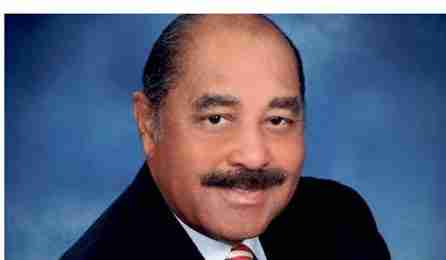 He was involved behind the scenes with bringing the annual Florida Classic game – the match-up between two of Florida’s historically black universities, Florida A&M and Bethune-Cookman – to Orlando and getting Disney to help sponsor it.

The Windermere man was also a husband for nearly 30 years to Deidre, whom he met at a local NAACP meeting after her sister introduced them.

That’s all part of the legacy of Billingslea, who died Friday at 79.

“He made a large impact on many people and organizations throughout Central Florida and beyond. He will be greatly missed,” said George Kalogridis, president of Walt Disney World Resort, in a statement.

Friends remember Billingslea as a gregarious man with a sophisticated fashion sense who took charge of Disney’s minority outreach and was heavily involved in many community organizations.

He was an early pioneer of pushing for corporate social responsibility, said Marc Morial, CEO of the National Urban League and a former New Orleans mayor.

Billingslea worked at Disney for 42 years, serving as its liaison for organizations including the NAACP, the Urban League, 100 Black Men and United Negro College Fund, said in an interview in 2011.

When Disney voiced its commitment to diversity in its hiring practices by signing a letter of understanding with the NAACP, he called it a highlight of his career.

“He was very proud of his heritage and culture as a black man,” said Hubert Grimes, interim president at BethuneCookman. “He was one of the people who opened doors.”

Back then, there was no hospitality management school in the region, so Billingslea pushed for one – not just a place to train cooks, but one with an emphasis on educating future executives and leaders in the industry. It opened at Bethune-Cookman in 1986 and was named for him last year.

He later became a trustee at the school, keeping his post and working with four different presidents over the years to make him the longest-serving trustee on the current board before his death.

When Billingslea retired from Disney in 2012, the U.S. Congress slowed for a moment to recognize his tenure at Disney. U.S. Rep. James Clyburn, D-S.C., read a tribute that mentioned his colorful life.

He was raised by grandparents in Ohio, played professional drums at 16, graduated from Kent State University with a sociology degree and took a job as a probation officer.

Besides his wife, his survivors include his son, Robert Billingslea Jr.; two grandchildren; and a great-grandchild. Funeral services are scheduled for 10 a.m. Sept. 9, at First Baptist Orlando, 3000 S. John Young Parkway.

In lieu of flowers, charitable contributions can be sent to: