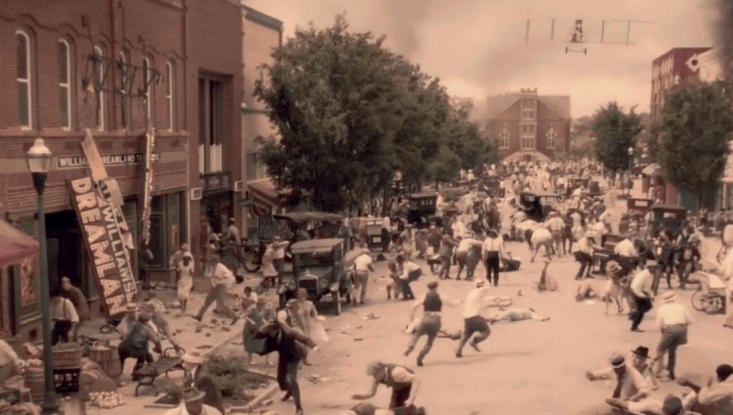 Tulsa, Okla. (AP) – Researchers in Tulsa soon hope to begin exhuming the graves of at least 12 individuals who are believed to have been among the hundreds of Black people killed by a racist white mob in 1921.

Oklahoma state archeologist Kary Stackelbeck said Tuesday the exhumations, which were postponed in February, could begin as early as June 1, the Tulsa World reported.

The remains were found in October in an area of Oaklawn Cemetery where funeral home records indicate 18 Black men who were killed in the Tulsa Race Massacre were buried. They all appeared to have been in cofﬁns and were covered back up until a legally authorized exhumation could be arranged.

The process is likely to take four to six weeks, depending on what is found. University of Florida forensic anthropologist Phoebe Stubbleﬁeld, who is part of the research team, said she is fairly optimistic that DNA can be recovered from the remains.

The research team says it believes the area that will be excavated this summer is large enough to contain 30 sets of remains. The remains that are exhumed which will be temporarily reinterred there until a permanent memorial can be completed.

Next post Rep. Wilson on the passing of staff member Shirlee Lafleur