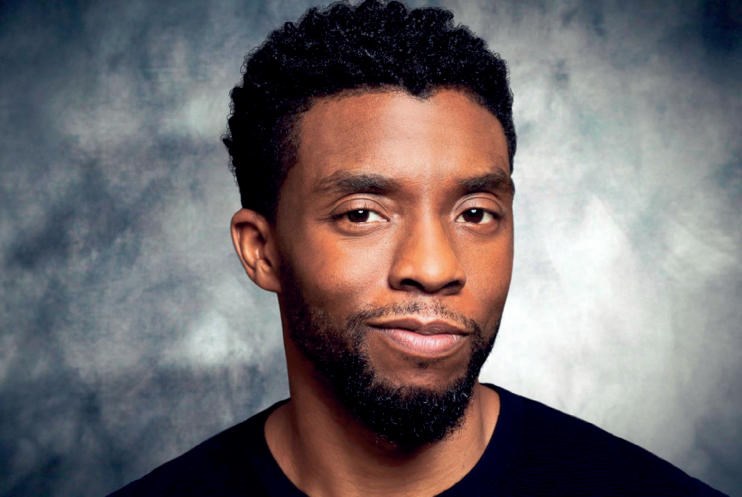 In a year deﬁned by a devastating pandemic, the world lost iconic defenders of civil rights, great athletes and entertainers who helped deﬁne their genres.

Many of their names hold a prominent place in the collective consciousness, but pandemic restrictions often limited the public’s ability to mourn their loss in a year that saw more than a million people die from the coronavirus.

The world also said goodbye to U.S. Rep. John Lewis, a lion of the civil rights movement who died in July. Other former political ﬁgures who died this year include New York Mayor David Dinkins.

Some of the year’s deaths struck down relatively young people, leaving mourners with the heartbreak of a life gone too soon. Basketball great Kobe Bryant died along with several others in a January helicopter crash at age 41. And in a shock to fans, actor Chadwick Boseman, who inspired audiences with his portrayal of comic book superhero Black Panther, died of cancer in August at age 43.

Here is a roll call of some influential ﬁgures who died in 2020 (cause of death cited for younger people, if available):

Nick Gordon, 30. He was found liable in the death of his ex-partner, Bobbi Kristina Brown, the daughter of singers Whitney Houston and Bobby Jimmy Heath, 93. A Grammy-nominated jazz saxophonist and composer who performed with such greats as Miles Davis and John Coltrane before forming the popular family group the Heath Brothers in middle age. Jan. 19.

Kobe Bryant, 41. The 18-time NBA All-Star who won ﬁve championships and became one of the greatest basketball players of his generation during a 20-year career spent entirely with the Los Angeles Lakers. Jan. 26. Helicopter crash.

Barbara “B.” Smith, 70. She was one of the nation’s top Black models who went on to open restaurants, launch a successful home products line and write cookbooks. Feb. 22.

Rev. Darius L. Swann, 95. His challenge to the notion of segregated public schools helped spark the use of busing to integrate schools across the country. March 8.

Manu Dibango, 86. He fused African rhythms with funk to become one of the most influential musicians in world dance music. March 24. Coronavirus. Fred “Curly” Neal, 77. The dribbling wizard who entertained millions with the Harlem Globetrotters for parts of three decades. March 26.

Bill Withers, 81. He wrote and sang a string of soulful songs in the 1970s that have stood the test of time, including “Lean on Me,” “Lovely Day” and “Ain’t No Sunshine.” March 30.

Bobby Lee Verdugo, 69. One of the leaders of the 1968 East Los Angeles high school walkout to protest discrimination and dropout rates among Mexican American students, which triggered a movement across the American Southwest. May 1.

Little Richard, 87. He was one of the chief architects of rock ‘n’ roll whose piercing wail, pounding piano and towering pompadour irrevocably altered popular music while introducing Black R&B to white America. May 9. Bone cancer.

Betty Wright, 66. The Grammy-winning soul singer and songwriter whose influential 1970s hits included “Clean Up Woman” and “Where is the Love.” May 10.

Wes Unseld, 74. The workmanlike Hall of Fame center who led Washington to its only NBA championship and was chosen one of the 50 greatest players in league history. June 2.

Bonnie Pointer, 69. She convinced three of her church-singing siblings to form the Pointer Sisters, which would become one of the biggest acts of the 1970s and ’80s. June 8. Cardiac arrest.

John Lewis, 80. An icon of the civil rights movement whose bloody beating by Alabama state troopers in 1965

helped galvanize opposition to racial segregation, and who went on to a long and celebrated career in Congress. July 17.

Herman Cain, 74. A former Republican presidential candidate and former CEO of a major pizza chain who went on to become an ardent supporter of President Donald Trump. July 30. Coronavirus.

John Thompson, 78. The imposing Hall of Famer who turned Georgetown into a “Hoya Paranoia” powerhouse and became the ﬁrst Black coach to lead a team to the NCAA men’s basketball championship. Aug. 30.

Toots Hibbert, 77. One of reggae’s founders and most beloved stars who gave the music its name and later helped make it an international movement through such classics as “Pressure Drop,” “Monkey Man” and “Funky Kingston.” Sept. 11.

Ruth Bader Ginsburg, 87. The U.S. Supreme Court justice developed a cultlike following over her more than 27 years on the bench, especially among young women who appreciated her lifelong, ﬁerce defense of women’s rights. Sept. 18.

Rev. Robert Graetz, 92. The only white minister to support the Montgomery bus boycott and who became the target of scorn and bombings for doing so. Sept. 20.

Gale Sayers, 77. The dazzling and elusive running back who entered the Pro Football Hall of Fame despite the briefest of careers and whose fame extended far beyond the ﬁeld for decades thanks to a friendship with a dying Chicago Bears teammate. Sept. 23.

Bob Gibson, 84. A baseball Hall of Famer and the dominating St. Louis Cardinals pitcher who won a record seven consecutive World Series starts and set a modern standard for excellence when he ﬁnished the 1968 season with a 1.12 ERA. Oct. 2.

Johnny Nash, 80. A singer-songwriter, actor and producer who rose from pop crooner to early reggae star to the creator and performer of the million-selling anthem “I Can See Clearly Now.” Oct. 6.