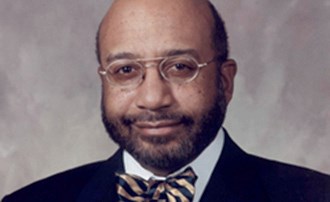 Denver (AP) – Gregory Kellam Scott, the only Black justice to serve on the Colorado Supreme Court, died unexpectedly at his home in Indiana. He was 72.

He was sworn onto the court in 1993 after being appointed by Gov. Roy Romer. He served seven years before stepping down to become vice president and general counsel of KaiserHill LLC, a private company contracted to clean up a former nuclear weapons facility in the Denver suburbs.

When announcing his retirement from the court, Scott said it had been an “experience of a lifetime.” Patty Powell, an adjunct faculty member at the University of Denver Sturm College of Law and one of Scott’s friends, said Thursday that Scott was a giant and a role model for the state’s legal community.

“He was such an intellectual giant. He loved the law. He was a good person, too,” Powell said, recalling when he asked advice from friends on whether he should seek a seat on the court. “All of those things added up to your needing to do that. And you would be the ﬁrst Black justice on the Colorado Supreme Court and that diversity is needed.”

Scott participated in about 1,000 opinions, including Hill v. Thomas in which the court upheld a state law that created an eight-foot buffer zone between protesters and people entering abortion clinics. The opinion survived a challenge before the U.S. Supreme Court.

Retired Denver County Judge Gary Jackson said Scott was active in the community before he joined the state Supreme Court and continued to participate in organizations after his appointments to the NAACP, Urban League and Sam Cary Bar Association.

“He had a calling,” Jackson said. “He served as a role model for many, many diverse people of color who didn’t think they had the opportunity to be corporate lawyers, security lawyers, law professors, judges.”

Scott earned his law degree at Indiana University. He and his wife, Carolyn Scott, moved to Denver in 1977 when he became a trial attorney with the Securities and Exchange Commission’s regional ofﬁce. Carolyn Scott also was a lawyer, and the couple had two sons, Joshua and Elijah. Both sons died within a year of each other while in their late 30s.

Scott moved to Anderson, Indiana, later in life where he served as executive director of the Indiana Civil Rights Commission until a near-fatal car accident impacted his mobility and speech and forced him to retire.

Scott died the same day as retired Colorado Supreme Court Justice Mary Mullarkey, who was the ﬁrst woman to serve as the state’s chief justice.

Funeral arrangements for Scott have not been set.