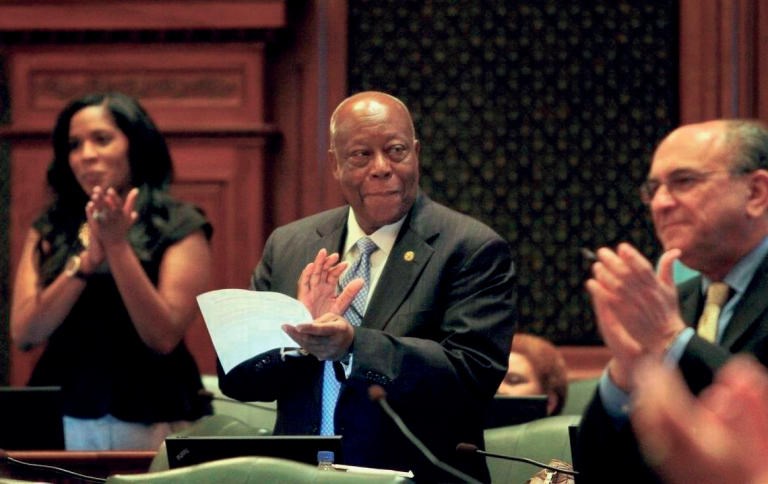 He died Friday, according to Nash Funeral Home in East St. Louis.

Jackson served in Illinois House for eight years starting in 2009 after retiring from a long career as a science teacher and administrator in East St. Louis. He was a member of the East St. Louis City Council for two decades.

His daughter, former East St. Louis Mayor Emeka Jackson-Hicks, said her father was “a protector, provider, and the cornerstone for his family’s foundation,” according to T he Belleville News-Democrat.

“He taught us to always have a plan of action and then to get it done,” said Jackson-Hicks.

Jackson was being remembered as a dedicated educator and public servant.

“Eddie is the kind of person who can’t be replaced,” Eastern told the newspaper. “He’s one of those people you put on the shelf and pay homage to. His public service was exemplary. He worked tirelessly to enhance education for children in East St. Louis.” Jackson is survived by his wife, Pearlie Jackson, son Eddie Lee Jackson Jr., and his daughter, the former mayor.

Visitation was set for Wednesday morning at Mount Olive Baptist Church in East St. Louis, according to Nash Funeral Home.