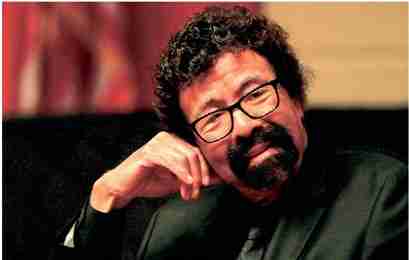 The university said Baker died at his home in Bloomington. It did not disclose a cause of death.

He wrote more than 2,000 pieces of music and was nominated for a Grammy in 1979 and a Pulitzer Prize in 1973. In 2000 he was named a National Endowment for the Arts Jazz Master, the country’s highest jazz honor. Baker’s love of jazz was cultivated in 1940s Indianapolis, where he grew up. According to a 2008 story in the Indianapolis Star, he would sneak into clubs where he heard music that drew him to jazz. In a 2007 interview with the National Education Association posted on its website, he also credited his teachers.

“I was surrounded by music. Nobody in my family played music, but I went to an all-black high school in Indianapolis called Crispus Attucks High School,” Baker said. “And all the teachers there were protective of us. They made sure that we stayed out of trouble and they exposed us to good music.” He went on to receive bachelor’s and master’s degrees in music education from Indiana University in 1953-54.

A talented trombonist, Baker switched to the cello after injuring his jaw in a car accident. He concentrated on composition, writing works for groups ranging from small jazz ensembles to symphony orchestras. He later began playing trombone again, performing on pianist Bill Evans’ 1972 album Living Time.

He performed in the U.S., Japan, Australia, New Zealand and across Europe, including a 1960 tour with longtime friend Quincy Jones’ big band. He also worked with bands led by Stan Kenton, Maynard Ferguson and George Russell.

He co-founded the Smithsonian Jazz Masterworks Orchestra, serving as its conductor and musical director from 1990 to 2012. His body of work includes more than 65 recordings and 70 books on jazz and African-American music.

Baker taught for decades at Indiana University, serving as chair of the jazz studies program from 1968-2013.

A colleague called him an influential teacher. His students included such noted jazz musicians as trumpeters Chris Botti and Randy Brecker, and saxophonist Michael Brecker.

“His influence permeates the teaching of jazz music around the globe,” said Tom Walsh, the current chair of the jazz studies program. “His humor, his care for people and his great desire to share his knowledge and experience made him a magnet.”