Here’s why black folk liked Anthony Bourdain so much 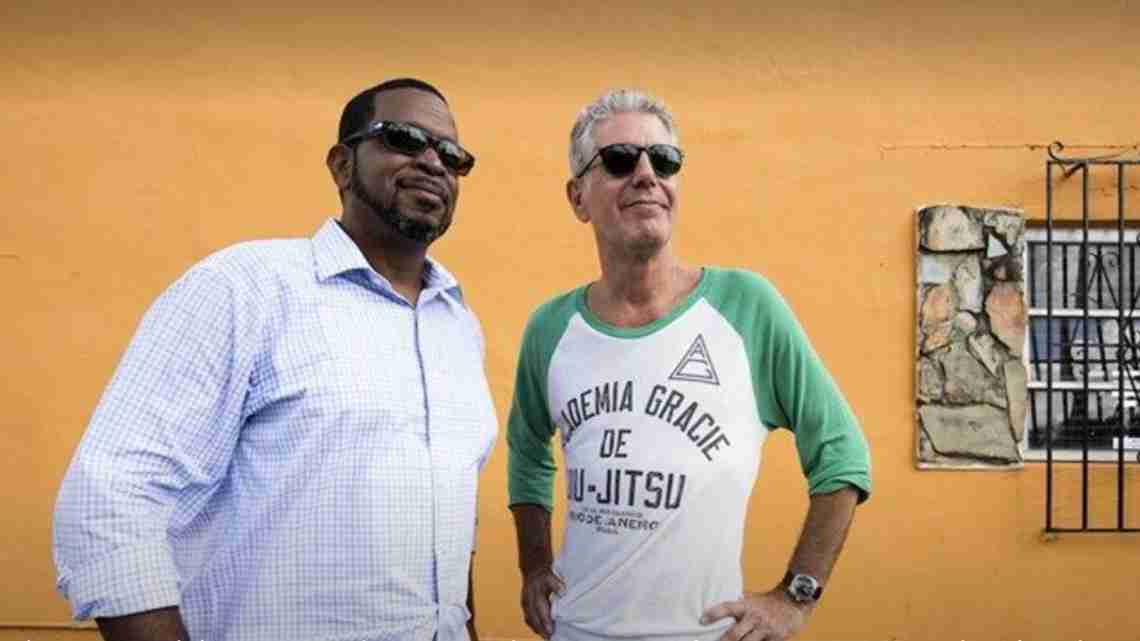 GOOD PEOPLE: Rapper and businessman, Luther Campbell and Anthony Bourdain during one of Bourdain’s visits to Miami.

When news of Anthony Bourdain’s death by suicide hit the airwaves, my Facebook timeline was full of my predominantly black friends mourning his death. As a fan, it came as no surprise to me that black folk are among his huge fan base because there was something about this rich white man that radiated so brightly that his race became an inconsequential backdrop to his fascinating shows and out of the box approach to living.

As everyone likely knows by now, Bourdain, the celebrity chef who could kick it with presidents as well as every day citizens, was found dead in his hotel room last week while he and his small crew were in France working on his CNN series, “Parts Unknown.”

Hearing of his death put me in a somber mood. Designer Kate Spade committed suicide a few days before and, although I know little about her, the idea that she killed herself had me thinking about life and how precious it is. Had me thinking about how what a person presents to the world can be so different from their reality. Had me thinking about just how much I don’t like suicides and how the social worker in me believes if I could have just 15 minutes with a person contemplating ending it all, I would convince them to keep on living – at least for another day. I have this hang-up about a person choosing such a permanent solution to what was likely a temporary problem.

Bourdain’s suicide is a real stunner because of what he accomplished. I’m not referring to the money and fame. Those things merely reveal who a person really is, but to a larger audience of people. What he accomplished was a transformation of his life. He readily shared his past addictions to heroin and alcohol, and his self-deprecating humor constantly reminded viewers that he didn’t take himself too seriously.

He traveled to more than 80 countries and made it a point to connect with people in areas not normally visited by dignitaries and other food show personalities. He wasn’t going there to condescendingly put anybody’s way of living on display – he was going there to connect with their spirit, usually around a large table filled with food cooked by someone in the family who prepared it from scratch.

He also found authentic, less popular restaurants that might not make the top 10 of any culinary list but serve good food and charming atmospheres that keep people coming back for more. It’s how he ended up at MLK Restaurant in Liberty City, Captain Jim’s Seafood in North Miami and B&M Market in Little Haiti during his visits to Miami.

When I watch food shows that include coverage of restaurants, I can’t help counting the number of black customers frequenting the place. If there are none of us in there, it’s not going on my “must visit” list because I wonder about whether we’re welcome.

Bourdain often included restaurants with diverse clienteles. It was almost as if he was drawn to the soul of an establishment and conveyed it in his authentic interactions with people. He always seemed genuinely interested in what they had to say – capable of a skill that escapes many, many people – listening without interrupting. And he was courageously inquisitive when he came to diving into the meal they served him.

There was no commentary about his style or intention for engaging people from other cultures. The show did not announce that the purpose of his presence was to achieve thus and such. He just connected with a diverse selection of people around their food and his show succeeded because he went into it with an honest desire to get to know them and then tell their stories.

“If you think about who the audience is and what their expectations might be, I think that’s the road to badness and mediocrity,” Bordain told the AP. “You go out there and show the best story you can as best you can. If it’s interesting to you, hopefully it’s interesting to others. If you don’t make television like that, it’s pandering.”

Because of his authenticity and seemingly sincere desire to connect with all people, Bourdain felt like a true ally who appreciated the differences while being aware that we’re more alike than we realize. He wasn’t afraid to speak out on difficult topics either, basing his stance on what was right, not popular. Of the #MeToo movement, he wrote, “I stand unhesitatingly and unwaveringly with the women.”

His rebellious nature and what appeared to be unabashed freedom to live his life on his terms are what I admired most. The quote, “It takes a lot of courage to grow up and be who you really are,” fits him perfectly.

I can’t help wishing I could have had 15 minutes with that brother. All we can do now is celebrate the beautiful contributions he made to humanity. And for that I can say, job well done.