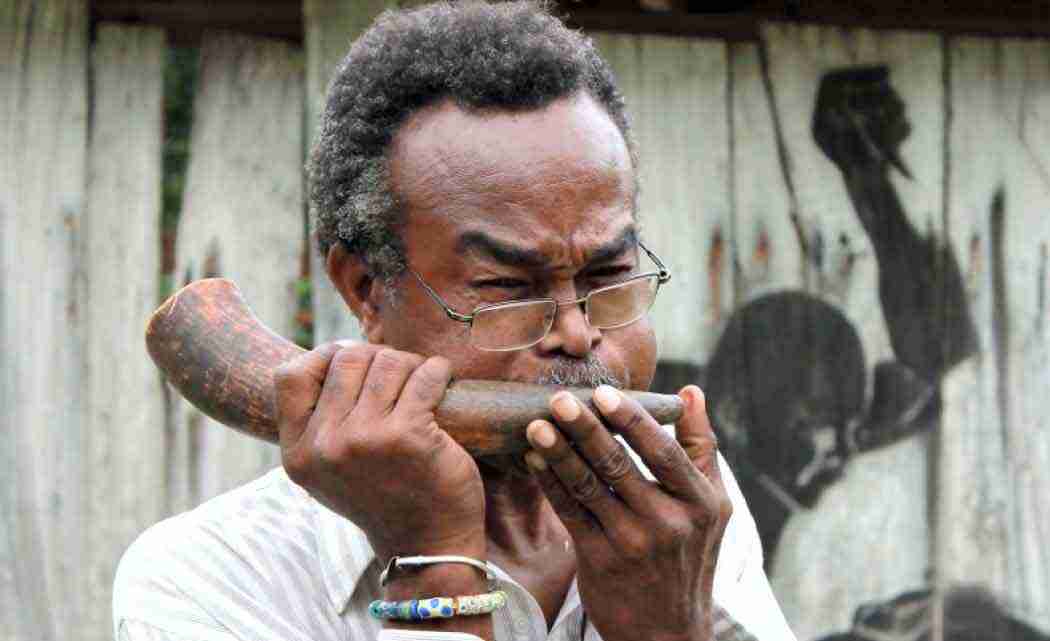 KINGSTON, Jamaica — Frank Lumsden, a Jamaican who worked as a commodities trader in Chicago before returning to his homeland to focus on reviving the Caribbean island’s Maroon culture in a backwoods community, died Aug. 19. He was 73.

For the last decade, Lumsden was the “colonel” of the Windward Maroon community of Charles Town, one of Jamaica’s four semi-autonomous Maroon tracts.

Born on Jan. 28, 1942, he was a descendant of 18th century escaped slaves called Maroons who won their freedom by raiding planters’ estates and repelling invasions of their forest retreats with a mastery of guerrilla warfare.

Lumsden, who left Jamaica as a young man to study business administration at Southern Illinois University, fought to preserve rich traditions with heritage tourism and cultural conferences in the town’s fenced “Asafu Yard.” He and a Maroon council also encouraged cottage industries such as beekeeping, wicker craft and herbal medicine to stem the flow of young people migrating to cities.