Goldsboro, N.C. (AP) – A North Carolina minister and civil rights leader took a major role in the traditional prayer service held in conjunction with the inauguration of the new president.

The Rev. William Barber of Goldsboro delivered the homily at Thursday’s interfaith Presidential Inaugural Prayer Service, largely virtual this year due to the coronavirus pandemic. The event is hosted by Washington National Cathedral. President Joe Biden participated in the event, which also featured performances by Josh Groban and Patti LaBelle.

Barber is a minister at Greenleaf Christian Church in Goldsboro, cochair of the national Poor People’s Campaign and president of the Repairers of the Breach. The groups emphasize rights for the poor, workers, people of color and LGBT citizens.

Barber was once president of the North Carolina NAACP. That was when he led the “Moral Monday” rallies and marches at the Legislative Building in Raleigh in the 2010s.

Some Black Southern Baptists feel shut out by white leaders 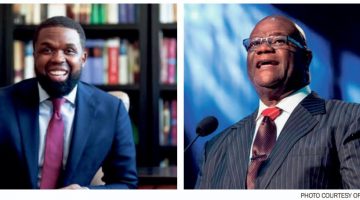