Reggie Lucas, who worked with Miles Davis and Madonna, dies 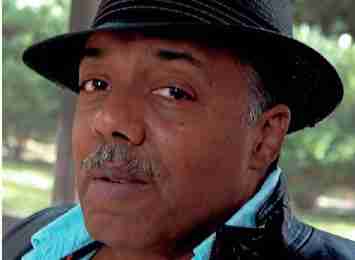 NEW YORK (AP) – Reggie Lucas, the Grammy-winning musician who played with Miles Davis in the 1970s and produced the bulk of Madonna’s debut album, has died. He was 65.

The performer’s daughter, Lisa Lucas, told The Associated Press that her father died from complications with his heart early Saturday in New York City.

“After a long and arduous struggle with his physical heart (his emotional one was perfect) he was called home. I wish he’d had more time, I wish we’d all had more time with him, but he left this world absolutely covered in love, with his hands held and his family beside him. I’m glad he’s at peace now,” Lisa Lucas wrote on her Facebook page.

Lucas was born on Feb. 25, 1953 in the Queens borough of New York City. After playing with Davis in the 70s, Lucas began a musical partnership with percussionist James Mtume. Together they wrote hits like Roberta Flack and Donny Hathaway’s “The Closer I Get to You” later covered by Beyonce and Luther Vandross – and Stephanie Mills’ “Never Knew Love Like This Before,” which won the duo the Grammy for best R&B song.

Lucas went on to produce the majority of Madonna’s 1983 self-titled debut album, which sold more than 5 million units and included the hits “Borderline” and “Lucky Star.”

In addition to his daughter, Lucas is survived by his wife Leslie Lucas; his son Julian Lucas; his mother Annie Wolinsky; and his brother Greg Lucas.