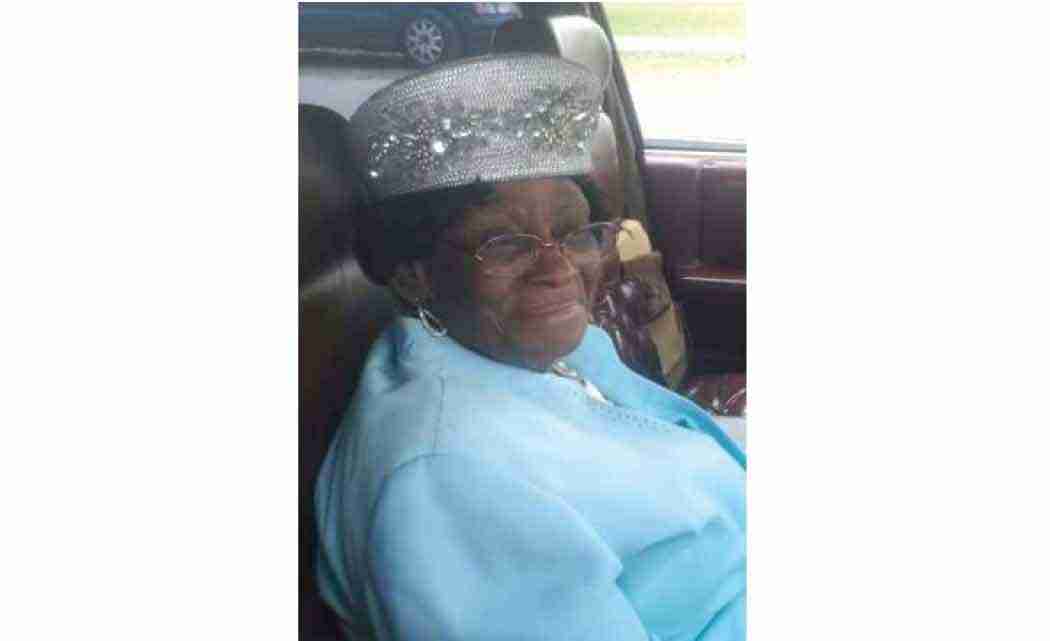 MIAMI, Fla. — Because his mother, was a “pretty industrious person,” Jeffrey Swain became the first person in his family to go to college. Swain said that her inspiration was also instrumental in his completion of law school, earning a PhD and becoming the author of six books. But it was her love of family that had the greatest impact. Francis Blue Swain, 86, died on Sept. 14 due to complications from several strokes.

Her son said that her home going celebration for a life well-lived and that touched so many was well-attended and a reflection of her life. As the Dean of Campus Ministry (Chaplain) at Florida Memorial University, Swain had the honor of preaching his mother’s eulogy, an honor that he said, “was harder than I expected, but worth the sacrifice.” She had a great outpouring of love and support, he said of the funeral, which was held at the FMU Susie C. Holley Religious Center on Saturday. Swain said the theme for his mother’s funeral, ‘Why We Celebrate,’ from 2 Corinthians 5:1 was because hers was a life worth celebrating.

Frances Blue Swain was born on January 28, 1929 in Archer, Florida near Gainesville. She was the youngest daughter of Frances Spann Blue, after whom she was named.  After graduating from Williston High School, Swain became a licensed practical nurse, subsequently working at Mt. Sinai Hospital of Miami Beach and Jackson Memorial Hospital in Miami. In her spare time, she also worked for the Miami Jewish Nursing Home. She was an LPN for 25 years.

She married Reverend Prince Albert Swain, Sr. founder of the New Mount Zion Freewill Baptist Church on May 13, 1950. They remained married until his death in August 1988. Along with her duties as First Lady of New Mt. Zion FWB Church, Miami, she also served as recording secretary for the United American Free Will Baptist, the oldest national body of predominantly black Free Will Baptists in the country. She was devoted to the church, where she fulfilled several duties.

Her love of her family, however, was supreme. “She loved her family, a lot,” Jeffrey said. That love, according to her niece, Marie Wooden, prompted “Aunt Dimple,” as she was affectionately called by everyone, to bring several family members from various parts of Florida to reside in Miami.  Wooden said that as a child, because she suffered from asthma, “Aunt Dimple” and “Uncle Albert” brought her and her family from Belle Glade to Miami so that she could be treated at Jackson Memorial, where Frances Swain worked as a nurse.

In addition to her work as an LPN, Swain was also a daycare director, a seamstress and with her husband, a restaurant owner. “She loved to sew,” said Jeffrey. She also knew her way around the kitchen, where she was known for her delectable cooking and baking, particularly banana pudding. Her culinary prowess led her and her husband to own a few restaurants, the last of which was called ‘Swains’ and was located in Miami’s Overtown community during the 1960s, according to Wooden. Wooden said that her aunt would do the “heavy cooking” at night and work as a nurse during the day. Wooden worked at the restaurant during the day.

“There was nothing that she wouldn’t do for me,” Wooden said about her “favorite aunt.”

Jeffrey said that his mother’s love for her family was strong and pervasive and not limited to her immediate family. “Her love of family had a broad reach which included nieces, nephews and other extended family members.”   Frances Swain is survived by six children, Albert Swain Jr., Franchel Swain, Mattie Chatfield Swain, Danny Swain, Jeffrey Dean Swain (Joe Ann) and Judy A. Swain-Welch; grandchildren, great-grandchildren, nieces and nephews. Wooden said that her aunt also shared a close relationship with niece Inell Hicks.