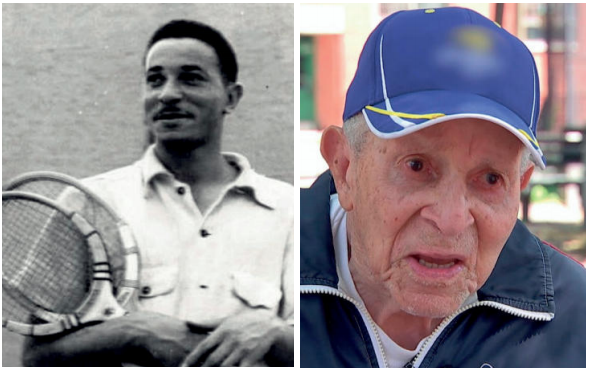 Robert Ryland, the ﬁrst Black professional tennis player and later a coach to such stars as Arthur Ashe and Serena and Venus Williams, has died. He was 100.

Ryland died Aug. 2 at his stepson’s home in Provincetown, Mass., on Cape Cod, his wife, Nancy Ingersoll, conﬁrmed to The New York Times. She said the cause was aspiration pneumonia.

Born in Chicago in 1920, Ryland began playing tennis at age 10 and won the Illinois state and junior American Tennis Association singles titles in 1939. He received a scholarship to play tennis at Xavier University in New Orleans but departed after a year to serve in the Army during World War II.

After the war, he was awarded a scholarship by Wayne State University in Detroit and had to endure the racism that permeated everyday life, often eating apart from his teammates when restaurants wouldn’t serve him.

Undeterred, Ryland became one of the ﬁrst two Black players to compete in the NCAA national championships, reaching the quarterﬁnals in 1945 and the third round a year later.

After college, Ryland began teaching the game while playing in the American Tennis Association, at the time the main circuit for Black players. He broke the racial barrier in men’s professional tennis in 1959, at age 39 becoming the ﬁrst Black to play on the World Pro Tour.

During his playing career Ryland taught tennis across the country and worked at the exclusive St. Albans Tennis Club in Washington, as well as the Midtown Tennis Club in New York.

Among his pupils were many celebrities, Tony Bennett and Barbra Streisand among them.