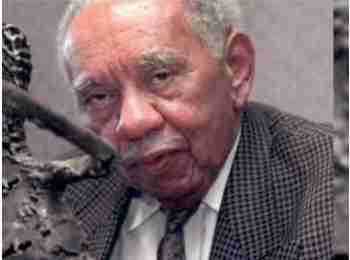 South Carolina Deputy Supreme Court Clerk Brenda Shealy confirmed Finney’s death but did not have details on how he died.

Finney was suffering from dementia in May 2016 when he drove away from his home, prompting a frantic 90-minute search that found him safe two counties from his Columbia home.

Finney spent a lifetime breaking racial barriers in South Carolina. His rise to the top job at the state’s highest court in 1994 was just another groundbreaking step.

The path he forged has been well followed. A woman or an African-American judge has been South Carolina’s chief justice in all but one of the 23 years since Finney was elected to the seat.

Finney was one of just a handful of black lawyers in the state when he graduated from the former South Carolina State College law school in 1954. Finney had to work as a waiter and other jobs to make ends meet, and the first time he attended a State Bar meeting it was as a waiter at a Myrtle Beach hotel because the state lawyers’ organization was still all white.

The Legislature appointed Finney to the Supreme Court in 1985 as the first black justice since Reconstruction. He served six years as Chief Justice before retiring in 2000.

Although he knew he was a role model, Finney never made race an issue while on the court.

“I didn’t accomplish anything,” he told The Associated Press in an interview when he retired. “I attribute whatever success I’ve had to the people of this state who have afforded me genuine opportunities.”

Two of the most significant cases he heard came late in his tenure as chief justice.

In April 1999, the court ruled that all South Carolina school children were entitled to a “minimally adequate education.” The ruling, written by Finney, was in response to a lawsuit by many of the state’s poorer school districts that challenged the way the state Education Department distributed money.

That October, the court ruled the Legislature did not have authority to put the fate of the state’s $3 billion-a-year video gambling industry in the hands of voters with a referendum. The decision effectively killed the industry.

Finney was born in Smithfield, Virginia. His mother died 10 days later from complications, and he said that inspired him throughout his career.

“I feel a necessity to try to do a little more with my life than I might have otherwise … to justify my existence,” he said.

As an only child, he followed his father, a teacher, as they moved around Virginia, Maryland and Washington, D.C. Finney moved to Orangeburg in 1946 when his father was named dean at Claflin College.

He recalled that his father, who wanted to be a lawyer, took several boxes of law books over a number of moves that ended with them living in Orangeburg.

“For some reason, I have always felt that if America was to live up to its promises to all people, I thought the law would be the basis for change,” Finney told the AP.