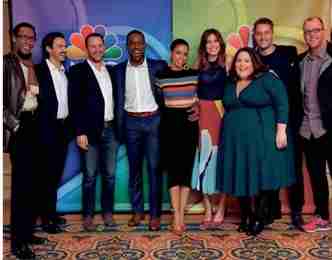 ‘This is Us’ cast PHOTO COURTESY OF ST. LOUIS AMERICAN

By MOLLY GORNY Courtesy of funeralwise.com

Think back to the last funeral you saw on a TV show. If you remember one at all, what probably comes to mind is lots of dark clothing and long faces. With a few notable exceptions (think Mary Tyler Moore and the Chuckles the Clown funeral), small screen funerals are somber affairs with lots of tears and sad music.

Sure, these types of funerals do their job. They advance the plot, move the story along and give viewers the chance to say goodbye to a character.

Unfortunately, they also reinforce the impression that funerals have to be maudlin affairs. Rarely do we see a TV funeral that truly celebrates the life of the person being memorialized.

This is a problem because in real life what makes a “good” funeral is not just giving people the chance to say goodbye, but doing so in a way that is personal and reflects the life and character of the deceased.

When the critically acclaimed TV series “This is Us,” put a punctuation mark on the life of a key character, it decided to do something different. Instead of turning to standard funeral tropes, it put on a FUN-eral by leaving the planning of the memorial to the deceased’s two young granddaughters.

In case you don’t watch the show, the character who died, William Hill, was the long lost father of one of the series stars. He was a free spirit who brought a breath of fresh air to his straight laced son and his family. Never mind his checkered past. Remember, this is TV.

William introduced his son to the concept of living each day to the fullest. He also developed a special relationship with his granddaughters and daughter-in-law. As drama would have it (spoiler alert), by the time he came into the family’s life, William was already riddled with cancer and on the last legs of his journey.

When he died, William left a letter detailing who should be in charge of planning his memorial. He told his granddaughters that since “Adults make these things sad and I want you two to make it fun, fill it with all the things that make you smile.”

So while the death of William came as no surprise, the way his funeral was handled was unexpected. And it was certainly not traditional. There wouldn’t be any dirges played at this funeral. Instead, it would be a recreation of William’s perfect day. Breakfast, tropical drinks, confetti and balloons all played a part. Instead of a eulogy, a toast would be offered.

If funerals are for the living then the toast was just the ticket. William’s son Randall expected the toast to be a way for him to express his feelings. Instead, it became his wife’s chance to start her grieving since she didn’t get a chance to tell William goodbye.

Next post Drummer John Blackwell of Prince fame dead at 43