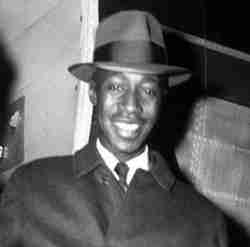 COLLEGE GRADUATE: The late Clyde Kennard is being awarded a posthumous honorary degree after being denied admission to the University of Southern Mississippi in the 1950s.

HATTIESBURG, Miss. (AP) – The University of Southern Mississippi will award a posthumous honorary degree to a black U.S. Army veteran who was rejected when he tried to integrate the school decades ago.

Clyde Kennard applied several times between 1955 and 1959 to what was then called Mississippi Southern College. His applications were blocked by state, local and college officials.

In 1960, Kennard was falsely charged with taking part in the theft of chicken feed and was convicted and sentenced to seven years at the Mississippi State Penitentiary at Parchman. While there, he was diagnosed with cancer but was denied proper treatment until he was critically ill. Under pressure of bad publicity should Kennard die at Parchman, Gov. Ross Barnett ordered his release in early 1963. Kennard died July 4, 1963. He was 36.

Kennard’s legacy will be recognized Friday during commencement on the USM campus in Hattiesburg.

“This will be an important day for The University of Southern Mississippi as we award Mr. Kennard, albeit posthumously, with a degree representing the education he sought and so rightfully deserved,”

Rodney D. Bennett, who has been USM president since 2013, said in a news release. “As president of the university, and especially as its first African American president, I am honored to be part of our institution’s progress in moving toward this outcome.”

On March 30, 2006, Kennard was declared innocent of the crimes that sent him to prison. USM ultimately renamed its student services building in honor of Kennard and Walter Washington, the first African American to earn a doctoral degree from the university. The university also established a scholarship in 2014 to continue Kennard’s legacy. More than 40 students have benefited from the program.

A Mississippi Freedom Trail marker telling Kennard’s story was dedicated in February on USM’s main campus in Hattiesburg. The Freedom Trail is a series of state-funded signs at noteworthy civil rights sites.