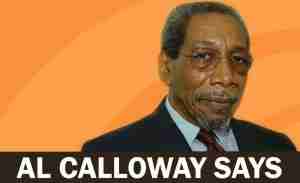 Last Friday, May 18th, more than 300 Broward County leaders and friends came together to honor special individuals who have given time, energy and talent in service to the greater community. It was the Broward Senior Hall of Fame, “Honoring the 2017 Electees” at Plantation’s Renaissance Hotel. The SRO buffet breakfast was the 34th annual affair founded by Dr. Nan S. Hutchison.

Dottie, as friends and associates call Dorothy Ruffin, and John have lived in Broward County long before many of the restaurants, malls and western expansions. They were here when cows and farmland dotted the landscape. As a founding member of the North Broward County Chapter of the Links, Dottie has been avant-garde in her commitment to the African American community and has led the way as a fundraiser in Broward.

For many years John has served on the Florida Memorial University Board of Trustees and the last few years as the board’s Vice Chairman. He is also a founding member, Board of Governors of the Huizenga School of Business and Entrepreneurship. John has raised millions of dollars for the United Negro College Fund, and he has a $100,000 scholarship in his name, the purpose of which is to benefit students of Broward County. John Ruffin set another benchmark by being the first African American owner of a radio station here.

Dorothy and John W. Ruffin Jr.’s accomplishments are dynamic and inspiring, and along with the others, their recognition and induction into the Broward Senior Hall of Fame is well deserved. Arron Hall of TaJTalk.com, a Ruffin media partner in North Carolina said, “to know John and Dottie and to spend time in their company is an experience and honor.” Hall continued saying, “people who have spent time with them can never find enough good to say about them.”

To say that the Ruffins are kind is an understatement. They carry a love and compassion for humanity that is unmatched. “The Ruffins have a regal and royal quality to them without ever having that as the intention,” Hall added. “They are humble, yet walk with a knowing that ‘to whom much is given, much is required.’”

John and Dottie have also mentored countless young people and adults. They have opened their hearts, home and resources to those in need. The Ruffins are always encouraging and uplifting those around them while helping to light one’s path to the direction of their own Hall of Fame.

Previous post Dangerous time to be black in America