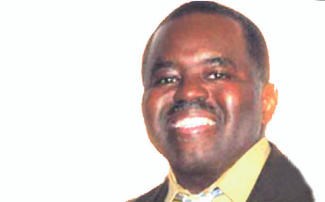 As a proud graduate of Howard University, a Black author, maker of documentaries and a weekly contributor to the National Newspaper Publishers Association (NNPA), the Black Press of America trade association, it all started at Drew Hall.

Drew Hall is a male dormitory at Howard, and I and all of my three other siblings, went to the great Howard University. This was truly a blessing. Education was a goal expected in our home, and I thank my parents for the funding, the inspiration, and prayers.

Howard University was founded in 1867, and is a private research university with 14 schools and colleges. Students purse more than 140 programs of study leading to undergraduate, graduate and professional degrees. The university operates with a commitment to excellence and truth, and produces more on-campus AfricanAmerican Ph.D. recipients than any other university in the United States.

Every HBCU in America is a gift to the country, with a special commitment to the Black community, and around the world. Howard will always hold a special place in my heart, and the legacy makes me smile when someone has reached the top of their profession, or field, and is an alumnus.

On July 6, 2021, Howard announced that Nikole Hannah-Jones and alumnus Ta-Nehisi Coates will join the faculty, and together create the Center for Journalism and Democracy.

Both are MacArthur Foundation winning authors. Hannah-Jones will be the inaugural Knight Chair in Race and Journalism. Coates will hold the Sterling Brown Chair in the Department of English. The appointments are supported by a $20 million donation from the Knight, MacArthur and

Ford foundations, and an anonymous donor. The center will focus on training, and supporting aspiring journalists in acquiring the investigative skills needed to cover the crisis our democracy faces.

“It is my pleasure to welcome to Howard two of today’s most respected and influential journalists,” said Wayne Frederick, president of Howard. “At such a critical time for race relations in our country, it is vital that we understand the role of journalism in steering our national and social progress. Not only must our newsrooms reflect the communities where they reporting, but we need to infuse the profession with diverse talent.”

It has never been easy for Black media, but change is taking place, where the first African American president/CEO to run a news network is 39-year-old Rashida Jones. There are more in top leadership in positions of power in the media, and the numbers keep growing.

America is at a critical junction in our democracy, and Howard, and all the HBCUs in the country, must organize with a focus to survive, expand and grow. The Center for Journalism and Democracy’s goal is to work together with other HBCUs that offer journalism degrees and concentrations. Training the next generation of Black student journalists will be a challenge, and provide newsrooms with a diverse pipeline of talent.

Hannah-Jones is the creator of the 1619 Project that will have a home at Howard University.

“This is a moment of inflection on the impact of race and racism in the United States and around the world,” said John Palfrey, president of the MacArthur Foundation. “HannahJones’ twin passions of investing in the next generation of Black journalists, and her tireless quest for the U.S. to confront and repair the enduring legacy of slavery through the 1619 Project will now have a home at Howard University.”

The 1619 Project has sparked criticism and debate among prominent historians and political commentators. Hannah-Jones aims to reframe the country’s history by placing the consequences of slavery and the contributions of Black Americans at the very center of the United States’ national narrative.

Next post WHO: Rich countries should donate vaccines, forgo boosters