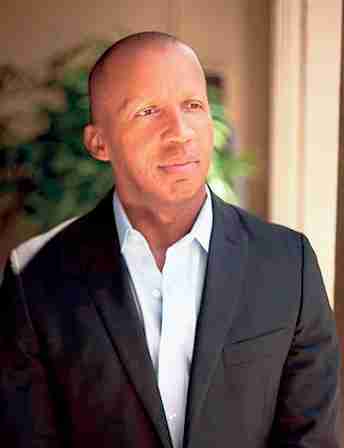 Amid all the gloom that has enveloped the nation in recent times, one shining star has been standing out: Bryan Stevenson.

The world was again reminded of him when, on October 1, the Swedish Right Livelihood Foundation selected him as one of four recipients of the global Right Livelihood Award, sometimes called the “alternative Nobel.”

The foundation hailed Stevenson’s “inspiring endeavor to reform the U.S. criminal justice system and advance racial reconciliation in the face of historical trauma . . . His compassion has shown that each human being is worth ﬁghting for.”

Swedish-German philanthropist Jacob von Uexkull created the award 40 years ago to recognize people he thought were being overlooked by the Nobel Foundation. It is the latest in a long list of honors bestowed on the greatgrandson of Virginia slaves who “grew up in a poor, rural, racially segregated settlement on the eastern shore of the Delmarva Peninsula, in Delaware, where the racial history of the country casts a long shadow,” Stevenson writes in his 2014 book “Just Mercy: A Story of Justice and Redemption.” The book was made into a critically acclaimed movie of the same name.

Stevenson’s ﬁrst direct contact with the racist justice system came when he visited a condemned man named Henry in 1983 as a 23-year-old Harvard law school student on an internship in Georgia. He quickly discovered that “there was something missing in the way we treat people in our judicial system, that maybe we judge people unfairly. The more I reflected on the experience, the more I recognized that I had been struggling my whole life with the question of how and why people are judged unfairly,” he explains in “Just Mercy.”

Three years later, Stevenson took on the case of Walter Johnny D. McMillan, an African American wrongly convicted in the 1986 murder of an 18year-old white woman in Alabama. “He showed that the state’s witnesses had lied on the stand and the prosecution had illegally suppressed evidence supporting McMillan’s innocence,” Northwestern University said in choosing “Just Mercy” as its One Book selection for the 2020-2021 academic year. The Alabama Court of Criminal Appeal overturned McMillan’s conviction in 1993 and he was released after spending six years on death row.

In 1989, Stevenson, now 61, moved to Montgomery, Alabama, founded the Equal Justice Initiative (EJI) and began a lifetime of work providing legal representation for poor people, aided by a staff of 150. So far, the Institute has gotten relief, release or reduced sentences for more than 140 death row inmates. He also persuaded the U.S. Supreme Court to ban life without parole sentences for juveniles convicted of non-homicide offenses. Stevenson told Time Magazine in October 2014 that “one in three black males born in 2001 is expected to go to jail or prison in their lifetimes.” He has also said that 14 states have no minimum age for trying a child as an adult and he has “represented 10-yearolds being prosecuted as adults;” some 10,000 children are locked up in adult jails or prisons.

Overall, the number of people in jails and prisons rose from 300,000 in the 1970s to 2.2 million, he has said. “We are compromised by the legal architecture we created in the 20th century that codiﬁed racial segregation and racial hierarchy,” he told The New York Times. “The great evil of American slavery wasn’t involuntary servitude; it was the ideology of white supremacy in which people persuaded themselves that black people aren’t fully human . . . Slavery didn’t end in 1865; it just evolved.”

Stevenson blames the involvement corporations as one reason for the growth of the prison population. “These companies spend millions of dollars to ﬁght reforms that will bring down the prison population,” he has said. “Prison spending has gone from $6 billion in 1980 to $80 billion today. These dollars are coming from education, health and human services and roads.”

The lynching memorial “will force America to confront not only its wretched history of lynching and racial terror but also an ongoing legacy of fear and trauma that stretches unbroken from the days of slavery to the Black Lives Matter movement of today,” The Washington Post’s Philip Kennicott wrote. It “captures the brutality and the scale of the lynchings throughout the South, where more than 4,000 black men, women and children died at the hands of white mobs between 1877 and 1950,” CNN said.

Stevenson is not after revenge but is hoping for something like the truth and reconciliation in South Africa after Nelson Mandela was released from prison and the racist apartheid system collapsed.

“I have no interest in punishment,” he says in a 2019 HBO documentary. “My interest is in liberation. I think there is something better waiting for us, something more like freedom, like equality. But to achieve it we can’t be silent about this past. And that’s my hope. I just think we need to imagine a more just, more equitable, fairer society where no one is burdened by the color of their skin. But we are far away from that now.”

We are, indeed. It is hard to hear words of hope when a white knee is pressing down on your black neck, squeezing the life out of you as you cry out for your Mamma.