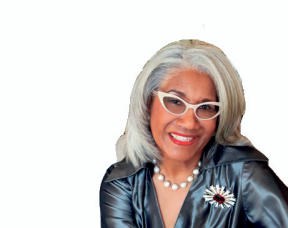 Insurrection? I can’t understand why so many people are wringing their hands about the one on January 6th.

“I can’t believe it”, they say. What do they not believe? Their own eyes? That those delusional marauding White men and women truly believe they hold the exclusive rights to this place? Come on. Wake up!

Believe this: rights gained and granted to Black folk have never been fully endorsed by everyone; since the 1860s, the hue and cry that fueled the ‘ﬁrst’ civil war continues to echo across the land; and, Indigenous people are still struggling to have their lands returned.

Many little ﬁres in protest have burned for nearly two centuries.

We have lit a few ourselves. Folks on all sides are angry!

So, is it any wonder that a cauldron of fury played out live on every media platform?

Heads have been buried in the proverbial sand, rendering people deaf and dumb.

Well, not all of us.

Some continue to march for justice. Some have joined the ranks of lawmakers. Many teach the truth (to anyone who will listen). And we voted in record numbers in the last election.

We have forged many paths to freedom, and “ain’t nobody gonna turn us ‘round.”

But too many have amassed weapons to wreck violence on their neighbors and fellow Americans. Why?

James Baldwin, poet, prophet, and self-appointed conscience of America, said this nearly two decades ago, about what happens when Blacks (nonWhites) begin to assert their freedom: “That threat to the social order releases fears that further contaminate our politics.”

Baldwin has been resurrected.

Contemporary scholars Annette Gordon-Reed, (The Hemmings of Monticello), Eddie Glaude, (Begin Again), and Ibram X. Kendi, (How to be an Anti-Racist), along with award-winning journalists Charles Blow (The Devil You Know: A Black Power Manifesto) and Isabel Wilkerson (Caste), to name a few, are paying homage to Baldwin and his clarion call for a “reckoning” in America.

They all suggest that we ﬁrst address the original lie: that the founding fathers’ professed compromises in the declarations of independence and in the Constitution- sans amendmentsadopted a foundationally corrupt blueprint. “We the people” was only meant for a few.

The signers were all Anglo-Saxon protestant men. Their world did not include ‘others’- i.e., their women, or even those who had the same skin color, but who were not English speakers, or who were born outside Great Britain or Saxony (Germany), or who practiced any other religion.

Those established facts are woven into the fabric of our society, included in our textbooks, and celebrated throughout our history.

Of course, this ancient act of exclusion and exclusivity (White privilege) has been legislated out of the governing structures of the country- many amendments later.

So, when I hear Black legal thinkers suggest that the founding fathers wanted us to be included (that their vision was hamstrung by the politics of their time), all I can say is “hmmmm”. Bulletin to those folks who did not get all the memos, the legions of holdover “white supremacists”, the thirteenth, fourteenth, ﬁfteenth, and nineteenth amendments, essentially cancelled your culture!

And to the still small, but growing, number of my non-White sisters and brothers, you who are striving to be close to whiteness (not just skin color), I say this to you: when you seek adjacency with urgency to be politically colored; as you yearn to belong, your behavior only serves to underscore the (in)validity of white supremacy. I suggest that you read Caste to ﬁnd where you are on the scale. Your odd, yet understandable behavior is now labeled “multicultural whiteness”, a dangerous omen.

If we cannot breed out or legislate away the clear and present dangers, we may only be left with annihilation. Or maybe we should reconsider the opening lines to the declaration of independence:

“When in the Course of human events, it becomes necessary for one people to dissolve the political bands which have connected them with another, and to assume among the powers of the earth, the separate and equal station to which the Laws of Nature and of Nature’s God entitle them, a decent respect to the opinions of mankind requires that they should declare the causes which impel them to the separation.”

The reckoning: has it come? Tonieg1@gmail.com

Next post Why mass incarceration is a leading social justice issue