A rising star vs. a fallen one 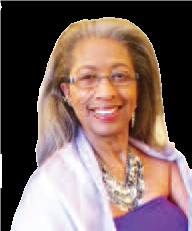 The Rising Star: John James is a name you should remember. He just recently won the Michigan Republican Senate primary and he’s black. According to FOX NEWS, President Trump called John James a “future STAR of the GOP.

John James is a black conservative Iraq War veteran, a West Point graduate and a Rangerqualified aviation officer who served in Operation Iraqi Freedom where he earned a Combat Action Badge and two Air Medals, among other awards while logging in more than 700 hours leading two Apache platoons.

James has a Bachelor of Science from the U.S. Military Academy at West Point and “earned a Master of Supply Chain Management and Information Systems from Penn State University and a Masters of Business Administration (MBA) from the University of Michigan and is also a Lean Six Sigma Black Belt.”

After leaving the military he joined his family business started by his father, James Group International, and took the company from $35 million to $137 million, employing 100 people and now serves as its president.

Finally, he is a family man with two children who brags about his wife, his mother and father and the fact that he is a devout Christian, a “faith-based Conservative” committed to family values and “100 percent pro-life.” His wife sits on the board of directors of Vista Maria, an organization “focused on human trafficking prevention and awareness and that works toward rehabilitation for the victims of human trafficking.

I agree. I look forward to his campaign. We need some new blood, especially some black blood, in the Republican Party and in the Senate. This man has a long list of accomplishments and is a real hero.

Now to the Fallen Star: Omarosa. First let me say, I was shocked when Omarosa became a Trump insider. I watched her on “The Apprentice” and thought, as most of the other people on the show, that Omarosa was a vicious, self-absorbed villain.

What? Someone needs to ask her how did she stay with Trump and talk about how his critics would have to “bow down” to Trump, if you knew he was such a racist?

I just highlighted the career of a real hero, someone who made a real difference during his lifetime and who happened to be black and has the support of Donald Trump. Now we look at a black woman whose only claim to fame was being a reality show participant who Trump says begged him for a job in the White House.

Now she is hawking her book, “Unhinged.” I ask who is really unhinged? Omarosa has always being unhinged and I wondered why Trump hired her in the first place, regardless of how much she cried and begged.

She has always shown herself to be unhinged. Someone opined that maybe she was sleeping with Trump. I mean what did she bring to the table? Now she has proven herself to be totally disloyal to the president. But he should have seen this coming. She is the same vicious villain now as she was on “The Apprentice.”

Former chairman of the Republican National Committee, Michael Steele, blasted Omarosa for being dishonest and “not credible.” Michael tweeted “So @OMAROSA when you said: “Every critic, every detractor, will have to bow down to President Trump”

does that now include you? Oh, and I guess @POTUS being a racist wasn’t enough to stop you from working for him. #notcredible Can I get an amen?

Previous post The latest on the Omarosa drama: ‘I will not be silenced’