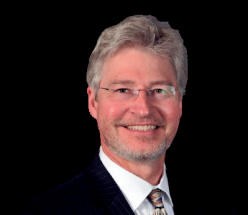 America’s research and development institutions have long been the envy of our competitors, flourishing at the top of global rankings.

But our state-of-the-art innovation capabilities — responsible for bringing COVID-19 vaccines and countless other breakthroughs to market -haven’t flourished here by happenstance. They have been nurtured over decades of smart policies, and those policies are now at risk.

Current misguided efforts are unwittingly pushing the very ecosystem that lays our golden eggs of innovation toward the brink of downfall.

For the better part of the 20th century, patents on American research breakthroughs from publicly funded research at universities and research institutes belonged to the government — and mostly languished on agency shelves. By 1980, the federal government held nearly 30,000 patents, but less than 5 percent had been licensed for commercialization.

That all changed when Congress passed the Bayh-Dole Act. The 1980 law provided clear intellectual property rights, encouraging the inventing institutions to license their taxpayerfunded inventions to private companies. Those companies could then translate them into viable technologies, medicines and products.

Bayh-Dole transformed America’s innovation system. Between 19972017, the law has sparked over 13,000 startups, supported more than 5.9 million jobs and added over $1.7 trillion to U.S. gross domestic product from inventions at the nation’s universities.

Unfortunately, America’s position as the world’s powerhouse innovator is now under threat — from outside and within. China, in particular, is making notable strides in R&D and innovation indicators. The country has surpassed America in advanced manufacturing, with the stated goal to dominate global sourcing.

Additionally, domestic activists have been calling for the government to use Bayh-Dole’s "march-in" provision to seize control over intellectual property rights from companies that commercialize university inventions — and impose price controls. The activists would have the government revoke patent license rights whenever they believe an end product is too expensive.

Bayh-Dole’s authors made clear: March-in rights are not to be used for government price controls. March-in rights are a backstop to ensure that private sector licensees put technologies to work benefiting society. BayhDole applies to all technology sectors; hence the activists’ proposal would bring government intellectual property and price intervention threats to every market sector.

This would create a chilling effect on future U.S. public-private partnerships and would prove counterproductive to American innovation and play into the hands of our adversaries.

Policymakers need to make every effort to shore up our current system, not undermine it.

That all begins with protecting the integrity of Bayh-Dole. A proposed rule from the National Institute of Standards and Technology would make headway by codifying that price should not be the reason for exercising Bayh-Dole’s march-in rights.

America is at a cross-roads. The decisions we make now can lead either to the decline or the reinforcement of America’s innovation capacity. We must not have future generations look back on this period as the one in which America slew the goose that gave gifts of innovation, and ceded leadership to global competitors.

Dr. Walter G. Copan is a senior adviser at the Center for Strategic and International Studies and co-founder of its Renewing American Innovation project. He previously served as under secretary of Commerce for standards and technology and as 16th director of the National Institute of Standards and Technology. This piece originally ran in Roll Call.

Next post The pacification of Black America: Juneteenth is now a national holiday