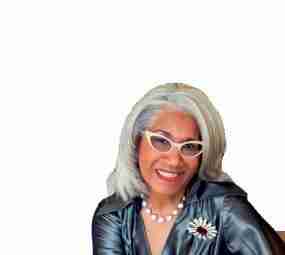 Another dream deferred – gone up in smoke and drowning in tears.

Like you, I’ve processed so many heartbreaking images over the past week (I’ve seen my share of civil disobedience protests, and riots against property – no big deal, really), but the most painful for me was watching George Floyd die at the hands of multiple police ofﬁcers. His murder was ruled asphyxiation by having a knee pressed to his neck for nearly nine minutes!

This raw scenario was displayed in living color.

Thank goodness for modern technology; technology that was used for good, this time. It captured the latest atrocity in real time. We were forced to look.

Kudos to the young woman who had the courage to ﬁlm that nine-minute horror.

So much has already been said; profound eloquence has been spoken and published about the political, historical, and contextual meaning of what is happening across the USA and around the world.

Thank you to the press and everyday folk with phone cameras.

I wanted to take another look at what’s going on, and to ponder the question: why are blacks in America still disproportionately murdered by police, politically suppressed, socially disenfranchised, and otherwise excluded from enjoying all the rights and privileges of this society – after 400+ years?

When I study the formation of the USA, it is crystal clear that black folk have simply been annexed (those amendments giving us “freedom” from bondage, the right to vote, equal access to public accommodations, etc.) onto a well-established, pre-existing nation.

I’m reminded of the ﬁrst wave of Cubans, a nation in exile, who came to the USA with all of their established societal, organizational, religious institutions, and non-communist political leaders intact, and how, over just a few generations, the Cubans have “acquired” the territory of Miami-Dade County. They have thrived. They have since been fully absorbed into the American fabric.

But, whatso of blacks – the descendants of slaves?

Our major plight is that we were never able to develop our nation, i.e., having a territory – with deﬁned borders, lacking an initial ﬁnancial investment to make, not being able to organize and maintain a military, locked out of political and institutional power structures (some of us are still debating the efﬁcacies of being in “the party of Lincoln” versus being Democrats).

A cursory review of our historical leaders does not offer much hope amongst the younger generation.

Booker T. and Dubois split the leadership of their time. Garvey wanted us to relocate to Africa – on his shipping line. The Black Panthers and the Nation of Islam offered limited opportunities because of their strict ideologies. It took too long before MLK and Malcom X got on the same page. And, along the way, too many of us have been compromised by our relative material wealth and perceived status.

Even the legacy of having the ﬁrst African American president of the USA is being torn asunder by the current administration.

Where is the hope now?

Yet, just this past week, another highproﬁle black person promoted the idea of reparations, this time calling for $14 trillion. But who will get it?

What good will all that money do without a “Marshall Plan”?

And about the current state of affairs, let’s not, for a moment, forget that the Boston Tea Party was an insurrection – an outright rebellion against the British crown for unfair taxation. Out of this foment was born a new nation with all the attending requirements of such. But look what it took to build this nation: laws, a Civil War, economic contractions and expansions, years of social upheavals, of one type or another, etc. And time.

After all this time (since 1776), the USA is still described as an “experiment in democracy.”

Unfortunately, the formula for this great experiment stopped working for black folk long ago. In fact, we were not even added to the equation; just footnoted in the ﬁndings.

And we have come to this moment when the streets are littered with deferred dreams, festering, rotted fruit of this so-called experiment.

What does a nation of people yearning to be free look like?

Stay tuned. Watch it play out on nightly television.